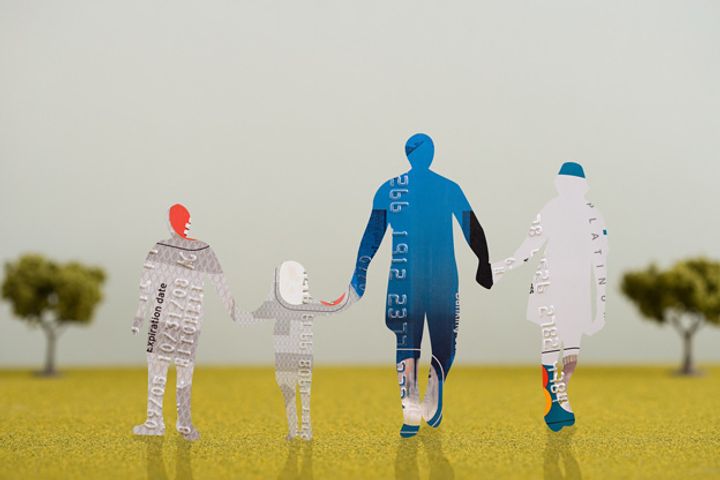 (Yicai Global) Aug. 9 -- The ratio of Chinese household debt to disposable income is rising rapidly, partly caused by the opportunities offered by emerging lending platforms and necessities paid for due to the booming housing prices in the era of slowing economic growth.

Households had at least as much debt as they had income to use each month last year, which exceeds the corresponding indebtedness in the US, according to a research report done by the Shanghai University of Finance and Economics.

"Considering the numerous private lending platforms, many Chinese families cannot make their ends meet, and the families' financial mobility is at stake," the report written by multiple authors, including Prof. Tian Guoqiang, said.

China has started to crack down on the shadow banking sector, particularly the USD192 billion peer-to-peer lending industry in the past months, as earlier loose regulation has given birth to financial firms resembling Ponzi schemes, while some of their actual controllers have vanished with the investors' money.

The ratio of household debt to gross domestic product was 48 percent, while surpassing other developing countries. One of the root causes is that urban families' leveraging force has grown much slower than the GDP, which will slide 0.3 percentage point to 6.6 percent this year, according to the International Monetary Fund's estimate.

The rising level of household debt is damaging to the economy as it limits citizens' spending power, and thereby hampers increases in local businesses' profits. Growth in sales of consumer goods fell 11 percentage points to 9 percent in June from year 2011, partly affected by the slowing GDP.

Southeastern Fujian, southern Guangdong, and eastern Zhejiang provinces top the study with the highest amounts of debt, while the southwestern city of Chongqing and northeastern Beijing follow next on the list.

The locations with the fastest-growing debt ratio show correlation with the ballooning housing prices, as residents' who live in the widely constructing and renovating regions such as the eastern provinces of Jiangsu and central Henan took more liabilities.

More than one-third of China's households are in heavy debt with the debt-to-income ratio exceeding four-fold, China Household Finance Survey, conducted by the Southwestern University of Finance and Economics, said last Dec.