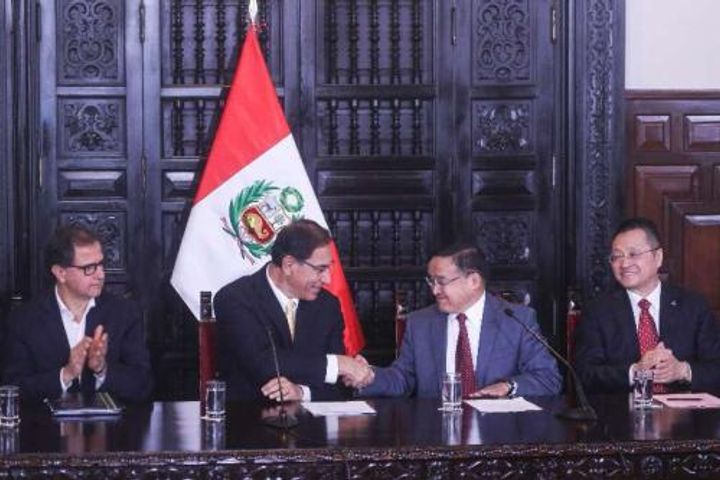 Chinese Firm to Boost Production at Peruvian Copper Mine by 45%

(Yicai Global) June 4 -- Toromocho Copper Mine in Peru, one of the world's largest, has begun the second phase of its USD1.3-billion expansion as it looks to increase annual production capacity by 45 percent.

The project is pegged for completion in 2020, when annual output value will reach about USD2 billion, the Economic Observer reported. Peruvian President Martin Vizcarra and Ge Honglin, chairman of mine developer Aluminum Corporation of China, which has pumped USD4 billion into Peru over the past decade, announced the project's start.

The state-owned Chinese firm acquired the mine in 2008, making its biggest overseas investment and first in Peru, the world's second-biggest copper producer behind Chile. The mine entered operation in 2013 with an expected annual production of 220,000 tons.

China is the world's biggest copper user, making up nearly half of consumption, and Peru is creating more and more of the mineral. It exported USD27 billion last year, up by nearly 25 percent annually, and production at mines across the country continued to increase.

The expansion will rank Toromocho first among global mines in terms of processing capacity, and make it the only greenfield copper mine built in Peru over the past two decades. Greenfield mines involve exploring unchartered territory where there are no known mineral deposits. In contrast, brownfield exploration covers areas where deposits have been found before.