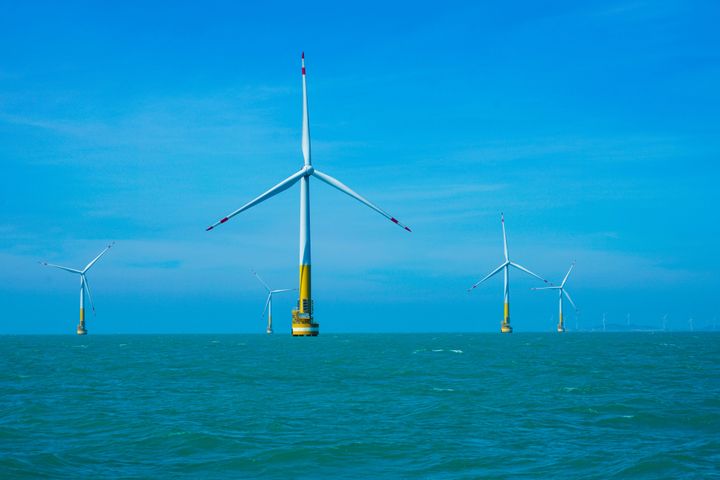 (Yicai Global) Nov. 29 -- Construction of a 200-megawatt wind power project in the waters off the coast of the Chinese city of Putian in southeastern Fujian province is due to start before the end of this year.

Each offshore turbine of the CNY3.7 billion (USD53 million) project will have a more than 6-megawatt capacity, Fujian Funeng, a major shareholder in the project company Fujian Sanchuan Offshore Wind Power, said in a statement yesterday. The three-year construction period will also see a 220-kilovolts onshore booster station built, it added.

The plant will have 3,109 annual usage hours, with on-grid electricity expected to reach 622 million kilowatt-hours a year and priced at CNY0.85 (12 US cents) per kilowatt-hour, according to an initial feasibility report.