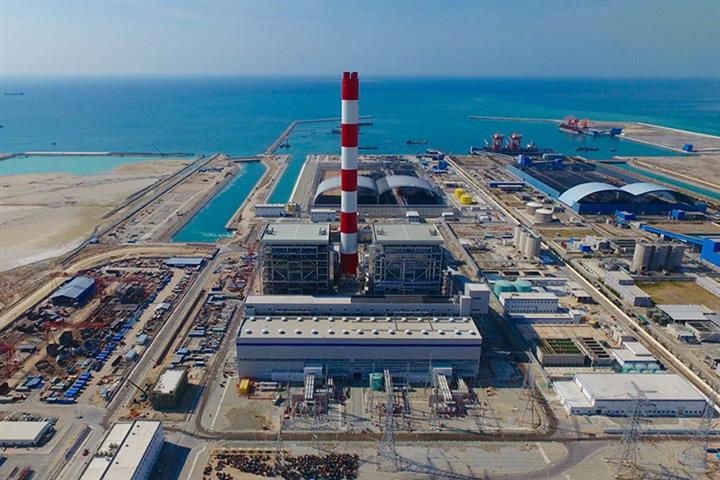 Jiangsu Chengxing Phosph-Chemicals, which makes and sells yellow phosphorus, phosphoric acid and phosphate, said in a statement yesterday that four of its plants, which contribute almost all of the company’s revenue and profit, had recently shut because of volatile yellow phosphorus prices and a lack of electricity for production.

Discontinuation and cuts to output will have a significant impact on the firm’s full-year operating results, it said.

Zhejiang Xidamen New Material, engaged in the shade materials business, also revealed yesterday that it will stop production until Sept. 30 as Zhejiang province has imposed a production suspension on key energy-using firms. The exact impact on the firm’s performance cannot be accurately predicted now, it added.

Meanwhile, Gansu Shangfeng Cement told the media yesterday that its two units in Tongling and Huaining, both in Anhui province, received notices of power rationing.

The firm said it expects cement costs in east China to stay at a higher level in the fourth quarter on surging coal prices amid the so-called double control of energy use intensity and total amount, policies to limit electricity use and production and the traditional peak season.

Enhanced control on intensity and amount of energy consumption in some areas along with tight coal supplies have exacerbated the electricity crunch, according to Liu Bin, vice director at Tsinghua University’s Institute of Energy, Environment and Economics.

According to a National Development and Reform Commission report released in mid-August, in the first half of the year, 10 provincial-level areas failed to cut their energy consumption intensity rate as planned, while it rose from a year earlier in nine regions, including Guangdong, Jiangsu and Yunnan.

Local governments considered production restrictions as one of the most effective measures to meet the NDRC’s requirement.

For instance, Yunnan limited the output of industrial silicon and yellow phosphorus, and Jiangsu carried out special energy-saving inspections of 323 local businesses that each logged total annual consumption of over 50,000 tons of coal.

Power supply was further affected as restricted coal mining in some places, resulting from local authorities being hauled before the central government for failing to reach energy-saving goals, impacted coal supply, Liu said.

To this end, the NDRC said on Sept. 21 that it and the National Energy Administration would jointly send an inspection team to key provinces, businesses and ports to ensure energy supply and price stability, with lower coal storage requirements for power plants during the peak season for electricity use.

Some local governments’ rigid administrative instructions to enforce production halts and restrictions are too crude, according to Kevin Tu, a researcher at the Center on Global Energy Policy at Columbia University SIPA. Instead, more market-oriented mechanisms should be utilized to solve issues of energy consumption, he said.

For example, the governments could introduce production and carbon emission quotas as well as green electricity trading to enable firms to have long-term and stable expectations for energy consumption, Tu added.

They should also be encouraged to cut energy consumption with reasonable trading mechanism and promote long-term sustainable development of the industry, he added.