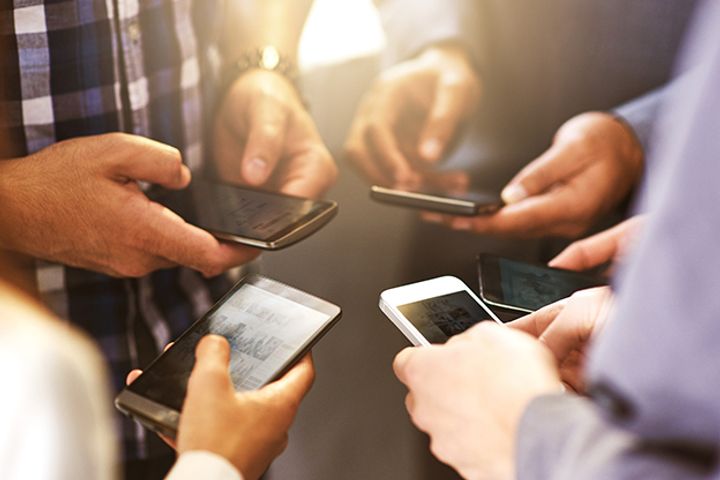 (Yicai Global) Feb. 6 -- China's mobile phone makers produced more handsets last year compared with the year earlier. However, the growth rate substantially dropped in the face of downward shift in demand, according a report released by the ministry of industry and information technology.

They produced 1.9 billion handsets in 2017, up 1.6 percent over the previous year. However, the growth rate was 18.7 percentage points lower than that in 2016, online new site Chinanews.com reported, citing the report.

Out of 1.9 billion mobile phones, 1.4 billion were smartphones, an increase of 0.7 percent, accounting for nearly 75 percent of the total. The achieved export delivery value increased by 13.9 percent over the previous year, up 10.5 percent.

The shipments of mobile phones also declined in the domestic market. A total of 491 million handsets were shipped within China last year, down 12.3 percent over the previous year, shows data issued by China Academy of Information and Communications Technology. Domestic mobile phone makers released 1054 new models, a drop of 27.1 percent.

A total of 1.47 billion handsets were shipped globally last year, shows data from International Data Corporation, down by nearly 1 percent. This was due to the fact that the mobile phone shipments declined in China, the US and other markets in the fourth quarter of last year, IDC believes, as consumers appeared to be in no rush to upgrade to the latest generation of high-priced flagship devices.

Specific sale ranking has also changed, with Apple surpassing Samsung at the top spot and Xiaomi replacing Oppo in the fourth place. Huawei held on to the third place. Xiaomi achieved a 96.6 percent growth rate, outshining others at a time when global shipments recorded decline.