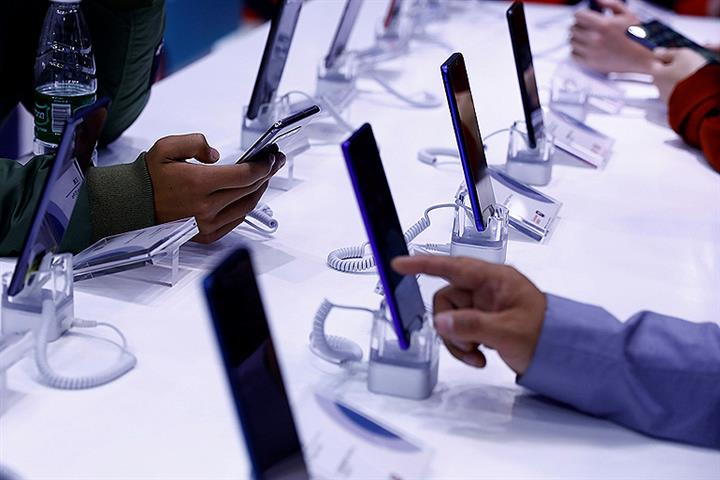 (Yicai Global) May 25 -- Mobile phone sales in China slumped 34.2 percent last month from the same period last year due to sluggish demand amid the recent outbreaks of Covid-19.

China shipped 18 million handsets in the month, data released by the China Academy of Information and Communications Technology, under the Ministry of Industry and Information Technology, showed yesterday. But it was still an improvement on March’s 40.5 percent year-on-year plunge.

Just over 90 percent of all smartphone sales in April were of Chinese brands, an increase from March’s 89.5 percent, at 16.4 million units, the institute said. But sales of China-made phones still sank 33.6 percent year-on-year.

And 80.7 percent of the phones shipped were fifth-generation ones at 14.5 million units, a gain on March’s 75.4 percent, it added. But it was still 31.9 percent less than a year ago.

In the four months ended April 30, mobile phone sales tumbled 30.3 percent year on year to 87.4 million units, according to data from the China Academy of Information and Communications Technology. In the first quarter, sales slumped 29.2 percent to 69.3 million handsets.