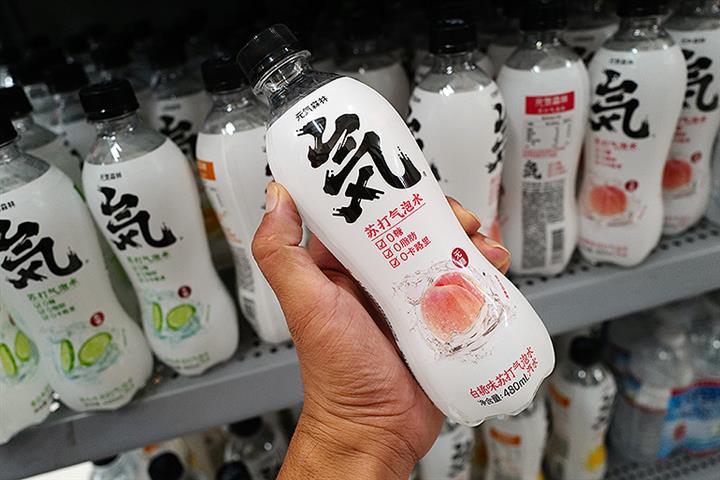 (Yicai Global) March 30 -- Genki Forest Food Technology, a Chinese producer of low calorie, sugar-free flavored beverages, has completed a new round of funding that has tripled its value to USD6 billion, tech news outlet 36Kr reported today, citing a person with knowledge of the matter.

The fundraising was led by US private equity firms Warburg Pincus and L Catterton as well as Chinese venture capital company Sequoia China. The amount raised was not given and Beijing-based Genki Forest has yet to confirm the news.

Genki Forest, which is one of China’s fastest growing health drink brands, achieved sales of CNY2.9 billion (USD441 million) last year, 70 percent of which was made up of its zero-calorie sparkling soda water, according to 36Kr.

Founded in 2016, the firm offers a range of beverages from flavored drinking water to milk tea, juices and yoghurts. But 95 percent of Genki Forest’s products have yet to be debuted, founder Tang Binsen said last October. The company’s spending on research and development is set to triple this year.