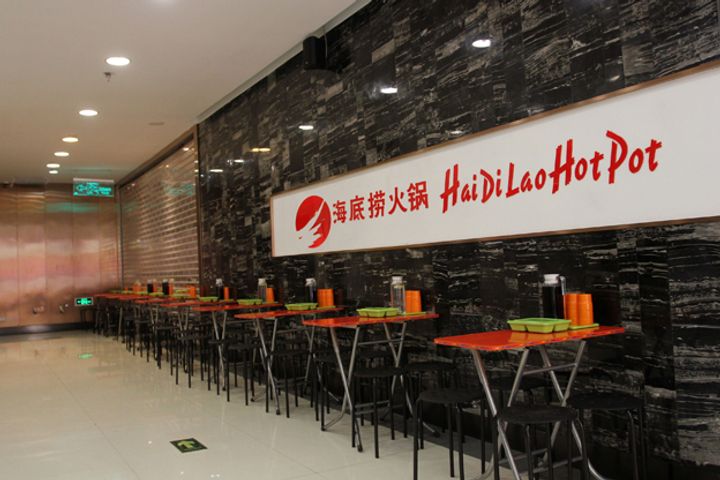 (Yicai Global) Aug. 31 -- Haidilao International Holding, which runs one of China's most popular hotpot restaurant chains, aims to raise between USD700 million and USD1 billion in an initial public offering in Hong Kong next month.

Based in Sichuan province, a traditional Chinese heartland for spicy food, Haidilao has received the go-ahead from regulators in the special administrative region to list on Sept 27, WeChat-based news blog IPO Zao Zhidao reported.

Sovereignty fund China Investment, BlackRock, Fidelity Investments, Hillhouse Capital and China Life Insurance have expressed an interest in becoming cornerstone investors for the firm, which eyes a valuation of between USD9 billion and USD12 billion.

The listing plan has garnered much attention among investors thanks to the firm's exceptional profitability. Total revenue jumped by more than one-third to CNY10.6 billion (USD1.6 billion) last year, while net profit expanded by more than one-fifth to CNY1.2 billion, according to the IPO prospectus. Annual net income has increased at a compound annual growth rate of 70.5% since 2015 when Haidilao raked in CNY410.7 million.

The company served some 1,500 customers per day on average that year, and the number of locations hit 273 as of the end of 2017. The company has plans for 180 to 220 new restaurants this year.

Renowned for high-quality service which includes manicures and shoe-polishing for customers, Haidilao has topped countless rankings among large Chinese cuisine chains. Some 99 percent of customers have expressed satisfaction about the service, the IPO prospectus cited market research agency Frost & Sullivan as saying.