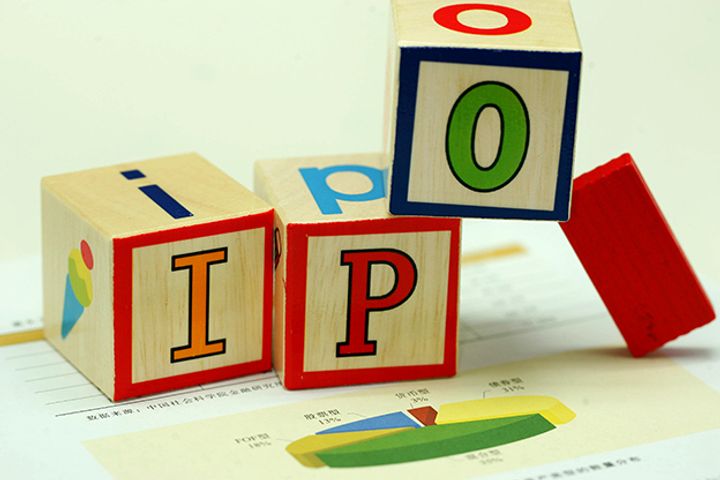 Chinese IPOs Are Set for a Downturn This Year, PwC Predicts

(Yicai Global) Jan. 3 -- The number of Chinese firms that will go public on the mainland and in Hong Kong is bound to decrease in the first half of this year from that of last year, according to an estimate from PricewaterhouseCoopers.

The slowdown will stabilize in the second half of 2019, China Securities Journal reported today, citing a market outlook document the London-headquartered professional services firm released yesterday.

The number of Chinese companies that issue new shares for the first time on the mainland during the 12-month period will be from 130 to 150, and the financing scale will amount to a sum between CNY100 billion and CNY120 billion (USD14.5 billion up), said Lin Yizhong, the markets leader at PwC China's Mainland, Hong Kong and Macau.

The number of initial public offerings on the two mainland bourses of Shanghai and Shenzhen fell 76 percent from 2017 to 105 last year. The overall scale of funding was 40 percent lower at CNY138.6 billion (USD20.1 billion).

More than half of the 105 IPOs took place on Shanghai bourse's main board, with CNY87.3 billion (USD12.7 billion) raised in funds. Some 29 of the IPOs were conducted on Shenzhen's Growth Enterprise Market, with a tally of CNY28.7 billion. Some 19 companies got onto Shenzhen's Small and Medium Enterprise Board, designated for startups.

The most active sectors were industrial manufacturers, and those related to information tech, telecoms, retail as well as consumer goods and services. The biggest IPO last year was carried out by Apple supplier Foxconn Industrial Internet which raised CNY27.1 billion in Shanghai in May.

Some 200 companies will get listed in Hong Kong this year, including one or two heavyweights, PwC estimates. The value of financing will be from HKD200 billion to HKD220 billion (USD25.5 billion up). The money raised will be less than last year despite strength in small and medium-sized firms' new share issuance, PwC added.

Hong Kong was the global top IPO market last year with its 218 flotations. The value of IPOs rose 23 percent from the previous year to HKD286.5 billion.