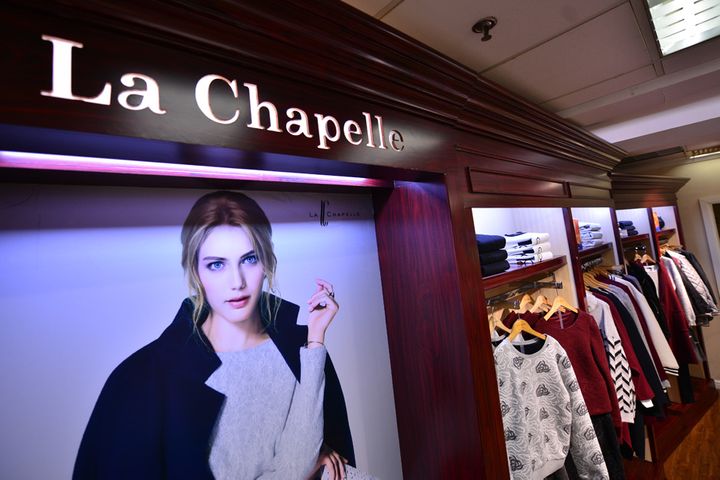 The complex has been in use for less than two years.

Many of the label's stores have hung clearance notices offering large discounts. These sales ran from Sept. 26 to Oct. 20 with markdowns on clothes made in the last two years, a clerk said, adding they have put no new season's clothing on the shelves or received any notice to do so.

The company's menswear unit Jack Walk Shanghai Fashion planned to apply for bankruptcy liquidation on Oct. 17 after being unable to continue operating due to steady losses.

The firm raked in CNY10.4 billion (USD1.5 billion) in revenue when it listed. It had the highest revenue among public Chinese women's clothing companies with the most revenue. It lost CNY565 million in the first half, however.

The book value of La Chapelle's inventory was as high as CNY2.2 billion as of June 30, and this greatly added to the company's cash flow pressure, according to its semi-annual report. Moreover, the garment maker had lavished huge sums on infrastructure projects such as its headquarters park.