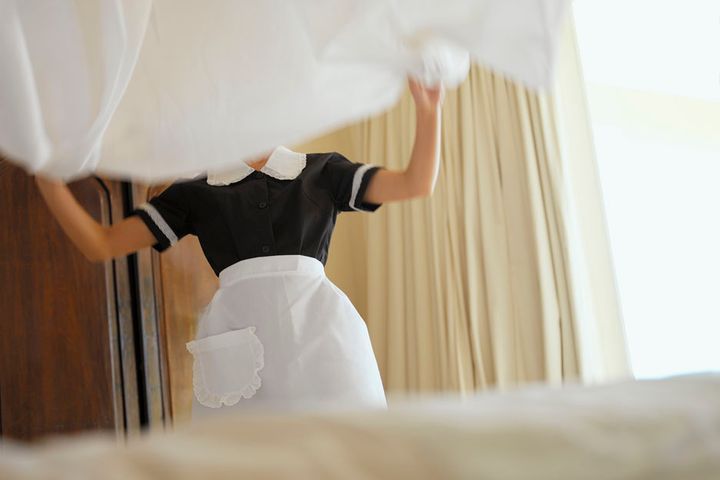 (Yicai Global) July 8 -- A Chinese laundry has come up with a fresh idea aiming to assure hotel clients that their bed linen is washed properly, simultaneously birthing a new trending topic on microblogging platform Weibo.

Wuhan Kunteng Laundry will install chips in bedding so that hotel customers may scan QR codes in the sheets and towels in order to verify that each item is cleaned for the new guest, Xinhua News Agency reported today.

The topic was No. 1 on Weibo yesterday and some netizens suggested that the laundry regime should be expanded to all hotels nationwide. Others wished that users could see more details about the cleaning process, including the water temperature. Some, however, feared that the data could be rigged.

A whistleblower exposed a nationwide hygiene scandal regarding Chinese hotels -- even upscale ones -- last year when hidden cameras showed hotel staff cleaning toilets with used towels as well as cups with toilet sponges, causing clients to doubt whether they are staying in clean rooms.

Wuhan Kunteng is preparing to install the electronic IDs in all items that come through, a worker of the Central Chinese firm told Xinhua. The firm is also more environmentally friendly and effective than its counterparts, softening its water and using less of it.

Wuhan has over 3,400 lodging providers, and except for the high-end ones, most send their dirty laundry to third-party firms for washing, resulting in about 1,000 tons of such deliveries each day.