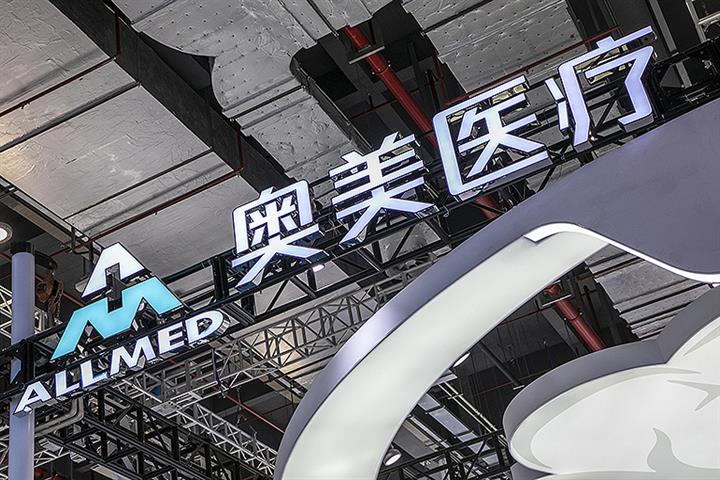 (Yicai Global) Aug. 5 -- Shares of Chinese medical device maker Allmed Medical Products slumped by a maximum today before recovering following an announcement that some employees at its subsidiary suffered from poisoning, allegedly caused by inhaling tetrachloroethane released from PET glue.

The company, headquartered in Zhijiang, Hubei province, said that after health inspections, a total of 43 employees at the subsidiary in Jingmen, Hubei, showed abnormal indicators, including one who died of sudden acute myocardial infarction during treatment. The rest of the staff are still in hospital.

Allmed Medical said it is cooperating with local authorities to investigate the incident, and that the specific causes and responsibilities for the incident needed to be further verified.

The announcement also said that PET glue was only used in the outer packaging of customized products for certain customers, and the production process involved was the sealing process of hard PET plastic boxes that were recently introduced into the production line for the first time, involving a contract amount of about CNY2.2 million (USD330,000).

After a preliminary assessment, the company noted that the incident will not have a significant impact on its production and operation for the moment.

Established in July 2002, Allmed Medical’s main business is the production and sales of medical dressings, including gauze pads and non-woven sheets.

In the past two years, the company’s performance has fluctuated greatly.