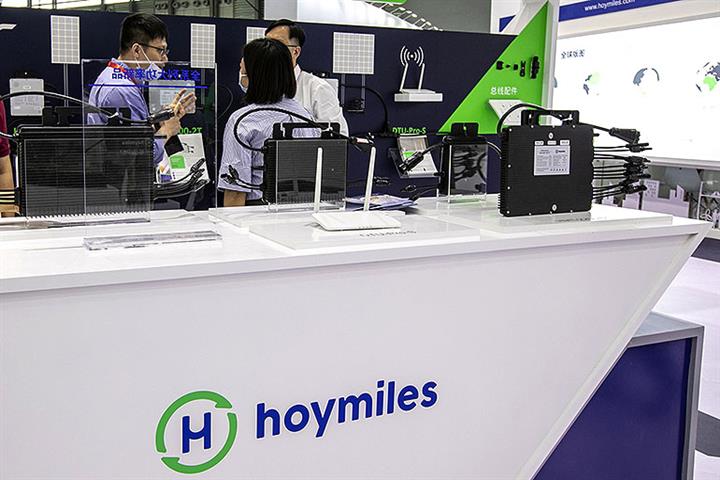 (Yicai Global) Dec. 8 -- Hoymiles Power Electronics has set a new record for the highest-priced initial public offering in China in what will also be the country’s first stock market listing by a manufacturer of solar microinverters.

Hoymiles issued 10 million shares at CNY557.80 (USD87.79) apiece, increasing the total number outstanding to 40 million after the IPO, the Hangzhou-based firm said in a filing to the Shanghai Stock Exchange today. The sale values Hoymiles at about CNY22.3 billion (USD3.5 billion).

In its application, which was accepted by the SSE in January, the Hangzhou-based company said it was planning to raise CNY558 million by going public on Shanghai’s Nasdaq-like Star Market.

According to Shanghai Securities News, a number of large and mid-sized mutual funds, insurers, and private equity funds said the market is generally optimistic about Hoymiles and consider its more than CNY20 billion valuation as reasonable. The registration-based IPO system used for the Star Market hands pricing power to the market, the report said, citing senior investment bankers.

Hoymiles is a high-tech maker of power conversion equipment such as photovoltaic inverters and electrical device sets, with business in Asia, America, and Europe. It is one of the manufacturers with the most technology and advantages in the microinverter segment.