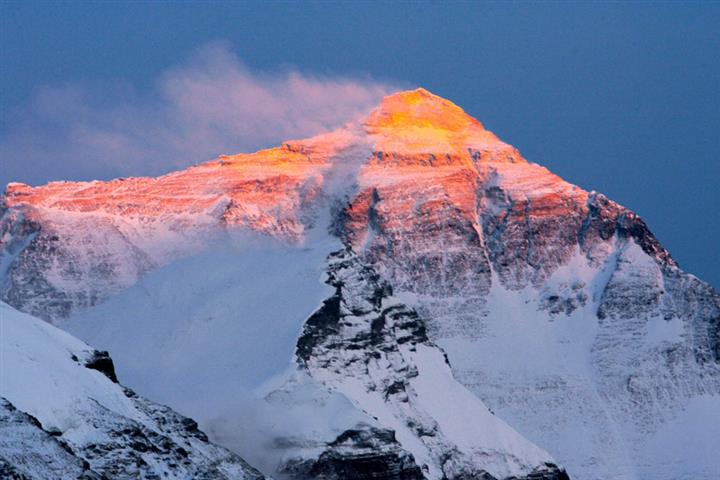 (Yicai Global) April 22 -- China's three major phone operators have engaged in a strenuous competition to achieve fifth-generation wireless coverage on top of the world's highest mountain as a pinnacle of no-limits fast internet.

But China Mobile has set its sights even higher. The Beijing-based telecoms firm expects to finish two more base stations at the 6,500-meter advanced base camp by April 25, meaning that climbers who reach the summit at more than 8,800 meters can 5G video stream their greetings from the peak.

On April 19, China Mobile and Huawei Technologies completed three 5G base stations at the base camp and the 5,800-meter transition camp. Some 12 staff members will work in shifts in the lower-altitude spot to offer 24/7 equipment maintenance services.

China Telecom has sought to share the breathtaking Himalayan views with the public. Some 6 million people have been watching a 360-degree live-stream at more than 5,000 meters as of April 20, a project launched by the Beijing-based firm and CCTV's video platform Yangshipin. The immersive experience is based on footage from two high-definition cameras and a virtual reality one.

China Unicom achieved full 5G coverage at the base camp on April 20, it said yesterday.