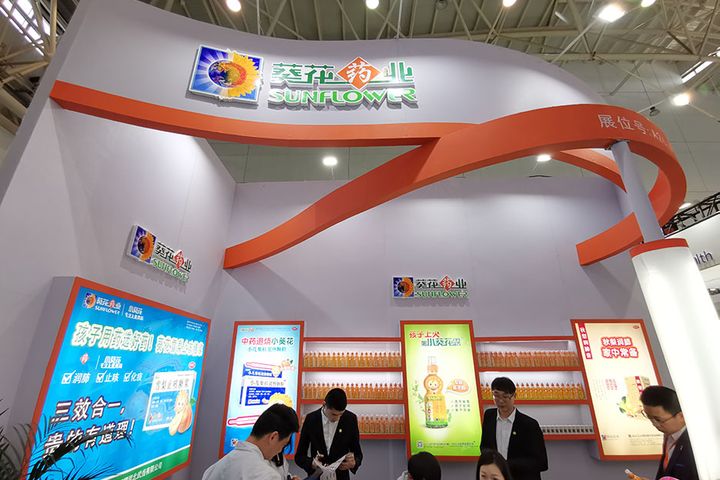 His ex-wife Zhang Xiaolan, who is in a persistent vegetative state, is also doing well, the Harbin-based kids' medicine maker said in a statement.

Police  in Heilongjiang province arrested Guan, 65, on Jan. 29 for intentional  homicide, state-backed news site The Paper reported yesterday, though it  was unable to furnish details about the supposed victim. The case is  still on-going.

Guan  holds a 35.8 share of the company, directly and indirectly, the company  confirmed. Guan's shareholding has not changed despite his  apprehension.

The  company posted a 16 percent rise in operating income to CNY4.5 billion  last year, of which over one-quarter came from the Eastern China region.  Net profit attributable to shareholders for the first quarter is  forecast to have grown between 5 percent and 15 percent to between  CNY150 million (USD22.3 million) and CNY170 million yuan, Sunflower  added.