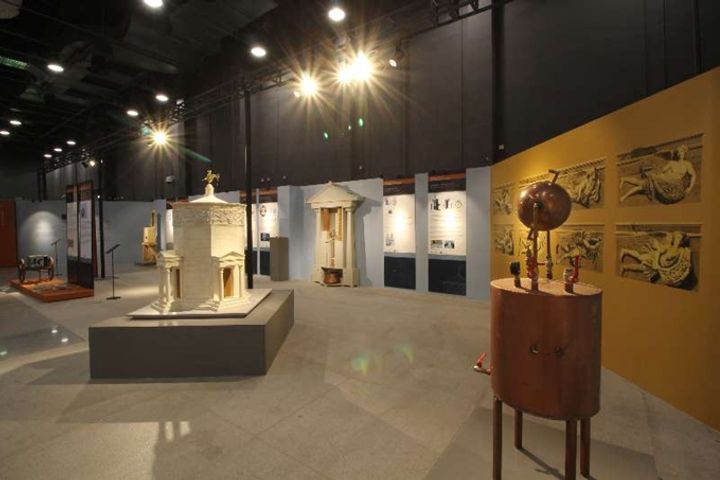 (Yicai Global) Nov. 3 -- The Antikythera mechanism, a Greek analogue computer that could predict eclipses back in 2nd century BC, has gone on display at the China Science and Technology Museum in Beijing.

The 'computer' went on display today in the Ancient Greek Science, Art and Technology Exhibition, co-sponsored by the Chinese museum and Greek Herakleidon Museum.

The pair agreed to exchange exhibitions last year. China is now reciprocating the Ancient Chinese Science and Technology Exhibition, which went on display in Athens on Sept. 21 this year and was visited by Greek President Prokopis Pavlopoulos. The cultural exchange is a part of the Belt and Road Initiative, Yin Hao, curator at the Chinese museum, said at the opening ceremony for the latest display.

The exhibition is a key highlight of the Greece-China 2017: Year of Cultural Exchanges and Cooperation in Creative Industries, said Elisabeth Fotiadou, Greek minister-counselor. The main museums of the two countries started their cooperation this year, and will team up in opera, film, translation and restoring cultural relics, she added.

The new exhibit displays 53 examples of ancient Greek excellence in science, technology and art, revolving around such topics as time and space, mechanical engineering, automation, military science and communications.