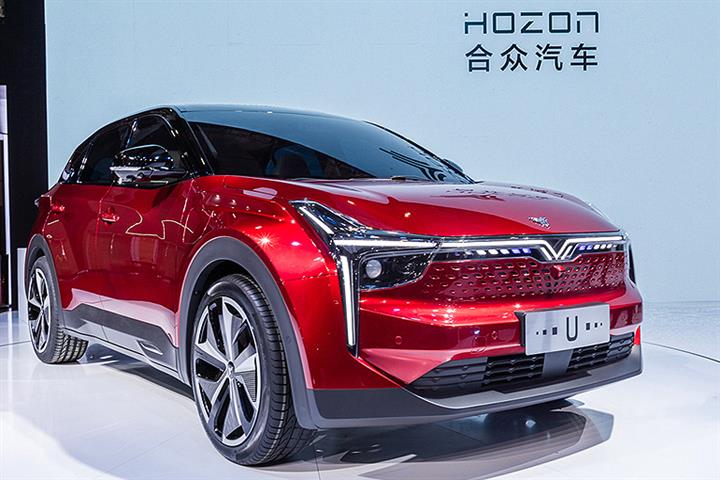 "We are indeed preparing for an initial public offering next year," said Zhang Yong, co-founder and chief executive of Hozon.

"The biggest difference between us and those who entered the car industry from the internet sector is that they planned to go public from day one while we make products first and then go public," Zhang said.

Hozon needs the funds to expand the number of its direct-sales stores, Zhang said. It plans to have between 50 and 60 in first and second-tier cities by the end of year. Innovations in marketing, service upgrades and other promotional measures all require a large amount of funds, he added.

The two carmakers are following in the footsteps of other Chinese NEV startups, all under pressure to raise funds. Shanghai-based Nio was the first to go public, listing on the New York Stock Exchange in 2018. Beijing-based Li Auto floated on the Nasdaq in July and Guangzhou-based Xpeng Motors has recently filed for an IPO on the NYSE.

Nio, Li Auto and Xpeng Motors are largely backed by fund companies, said Zhang, who used to work in the traditional car industry at Beiqi Foton Motor and Chery Automobile. Their investment logic is to get a return within five years, hence an IPO is a top priority for them, he added.

Jiaxing-based Hozon is mainly funded by industrial funds, which are more strategic and focus on the long-term, so an IPO is not so urgent, Zhang said. So far Hozon has raised CNY10 billion (USD1.5 billion) and the firm still has CNY4 billion (USD585.4 million) in its bank account, he added.

Shanghai-based WM Motor, on the other hand, has raised CNY20 billion so far which it will use to build smart terminals over the next three to five years based on Chinese consumer preference, said founder, Chairman and Chief Executive Shen Hui, who used to work at Swedish carmaker Volvo.

Hezon and WM Motor, unlike most NEV firms, do not rely on the internet for their marketing, which may be a disadvantage in the capital market, an industry insider said.