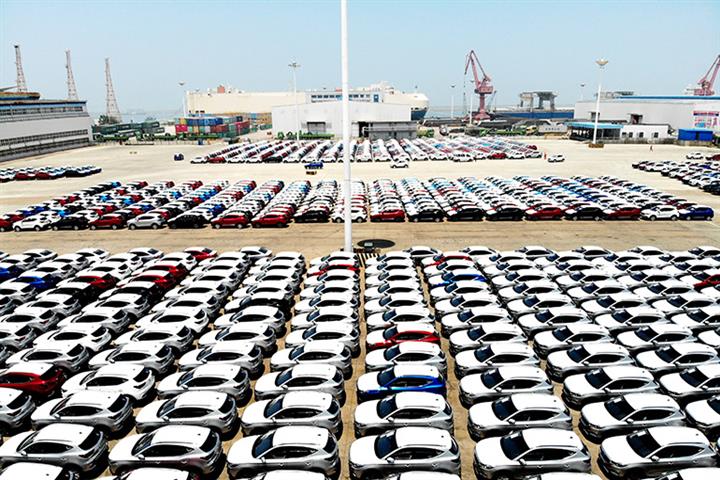 (Yicai Global) July 14 -- Many of China’s ports have begun to move beyond the impact of the coronavirus pandemic, with cargo and container throughput nearly doubling to hit a record high, according to new figures.

Cargo throughput at major coastal hubs jumped 12.1 percent early this month from a year earlier, supported by the import of bulk cargoes such as crude oil and ores, according to data released yesterday by the China Ports and Harbors Association. The throughput of foreign trade cargo climbed 14.4 percent.

Container throughput at China's eight major hub ports rose 3.4 percent, while that of foreign trade containers grew 1.5 percent. The growth rate at Xiamen Port and Guangzhou Port topped 10 percent. Demand has picked up a little, and shippers that ply main routes have re-opened more, especially between Asia and the US west coast.

Metal ore throughput at ports monitored by the China Ports and Harbors Association surged 18.3 percent. The pace of growth at Tianjin Port and Rizhao Port was 63.8 percent and 25.8 percent, respectively. The average daily volume of iron ore evacuation at major ports was up 8.8 percent, while inventory fell 4.9 percent.

The China Ports and Harbors Association also said that the ongoing flood situation has had an impact on the recovery of the Yangtze River hub port business. As water levels continue to rise, ships found navigation more difficult and some terminals had to temporarily close. Total cargo throughput at ports serving Nanjing, Wuhan and Chongqing fell 4.9 percent.