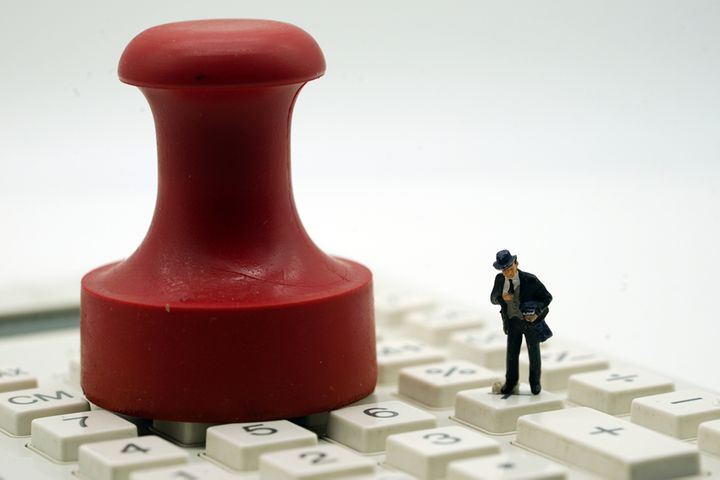 (Yicai Global) April 23 -- The government revenue growth of Chinese provinces has fallen in the first quarter as the nation is slashing taxes and fees to stimulate more business amid an economic slowdown.

Revenue in the general public budgets nationwide gained 6.8 percent, 2.3 percentage points less from a year ago, which is the second-lowest reading in the past decade, data from the Ministry of Finance show.

The reduction of taxes, caused by slowing economic growth, is the key reason behind the regional slumps, Shi Zhengwen, director of a tax law center under China University of Political Science and Law, told Yicai Global.

Wang Zhenyu, director of a financial research institute under Liaoning University, held a similar view, saying that the increasing number of tax cuts and lowered fees has made a dent in regional budgets.

China's central government has reduced the nation's value-added tax this month, and it will lower pension premiums next month. This means that the gap between revenue and expenditure will further increase, Shi said.

Another reason for the lowered government income was a 10 percent decline in land transfer fees nationwide in the first quarter as the housing market cooled. Chinese regional administrations largely rely on these fees that occur when selling land.

Southwestern Guizhou province was particularly hit as it logged a 5.2 percent decline in revenue in the first three months of this year, in comparison to a 13.4 percent ascend in the same period last year.

Regional governments have tried to tackle the reducing funds by issuing bonds. They kicked off CNY1.4 trillion (USD209.4 billion) worth of them in the first quarter, compared with zero in the same period last year, according to data from the Ministry of Finance. Other strategies to secure more funds are cultivating tax sources, improving business environment, and strengthening tax management.

Local governments will try to increase the profitability of state-owned firms and use reserved funds to stabilize their financial situations, Shi said.

The central government will allocate funds to less-developed regions to avoid risks, Hao Lei, deputy director of a budgeting bureau under the Ministry of Finance, revealed earlier. This year, the related payments have risen 9 percent from a previous year to CNY7.5 trillion, showing one of the sharpest increases in recent years.