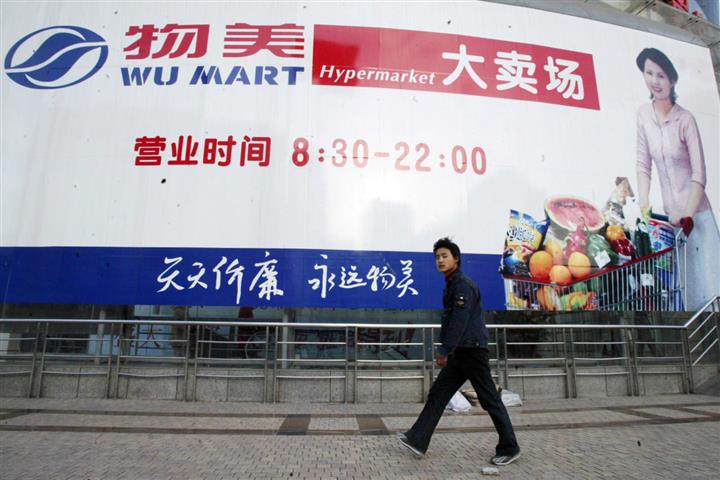 (Yicai Global) July 31 -- Wumei Technology Group, one of China’s biggest retailers, is preparing to list its supermarket chains Wumart Stores and Metro China as well as its digital supply chain as one entity in Hong Kong this year, The Paper reported today, citing an informed source.

This is not the first time that the group has listed on the Hong Kong stock exchange. Wumart Stores went public on the Hong Kong Growth Enterprise Market in 2003, becoming the first private Chinese retailer to list in Hong Kong. It delisted in 2016 amid uncertainties for the hypermarket business.

The move is expected to boost founder Zhang Wenzhong’s considerable riches should it go ahead. Zhang, who indirectly holds 97 percent of shares, ranked 101st on the 2019 Forbes China Rich List with a wealth of CNY22.6 billion (USD3.2 billion).

Zhang’s meteoric rise to riches has been dogged by controversy. In 2008, he was sentenced to 18 years in prison by a court in northern Hebei province for fraud, bribery and embezzlement of public funds. He appealed and was eventually released in 2013 after two commutations.