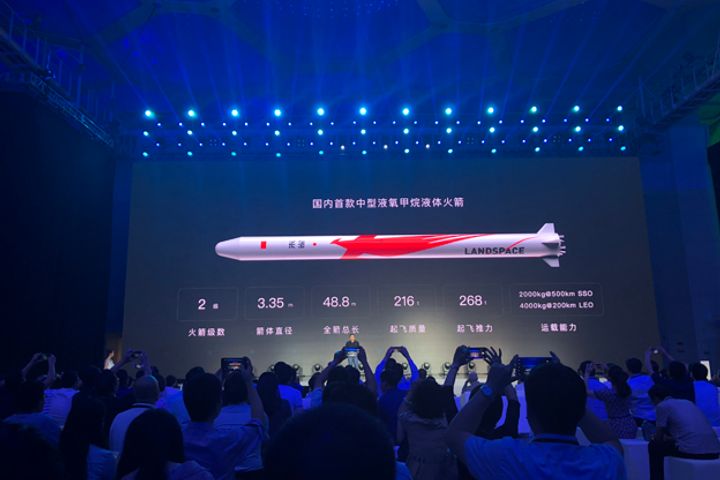 Founded in 2015, Beijing-based Landspace is China's first privately owned rocket firm. The company develops liquid fuel rocket engines and commercial launch vehicles. It began to design China's first civilian use liquid oxygen and methane engine in the second half of 2016 and has now completed production of 80 percent of the entire engine, its founder Zhang Changwu said in a speech in Shanghai this week.

The company will conduct a series of tests on the engine in the second half to assay whether the rocket engine can withstand a space flight.

The firm will finish developing a 100-ton engine this year, complete production of the medium-sized liquid oxygen and methane-powered rocket based on this engine and strive to obtain a launch permit next year and lift off to commercialization by 2020.