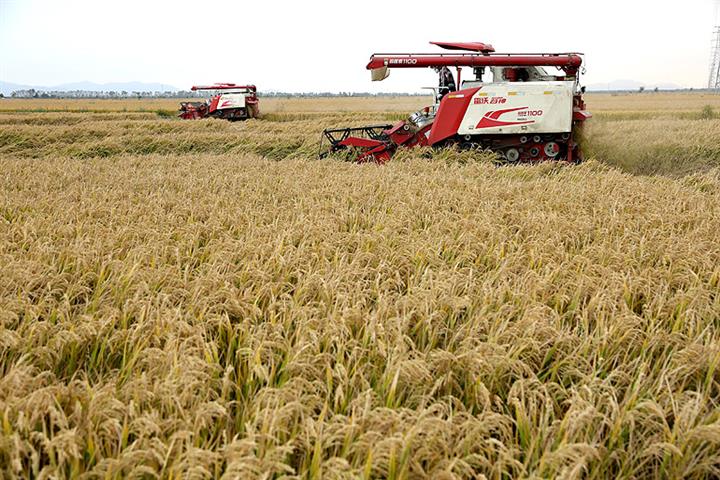 The research team led by the country’s “Father of Hybrid Rice” Yuan Longping declared this intention at the fifth International Forum on Seawater Rice held in the southern city of Sanya today, Economic News Daily reported.

The scientist group has signed deals with various Chinese localities to sow its brine rice over a total area of 6 million mu (400,000 hectares) of saline and alkaline land this year.

The team is set on increasing the area planted with its salty rice to 100 million mu in eight to 10 years to turn vast tracts of wasteland into a breadbasket.

The researchers cultivated 100,000 mu of the sodium-resistant rice in 10 different spots last year and this yielded more than 400 kilograms per mu in its pilot testing.

Outside China, the team has also already successfully planted the new strain of the grain which is a staple for more than half of the world’s population in the UAE capital of Dubai since 2018, boosting food supplies for local residents, as well as improving its arid ecosystem.