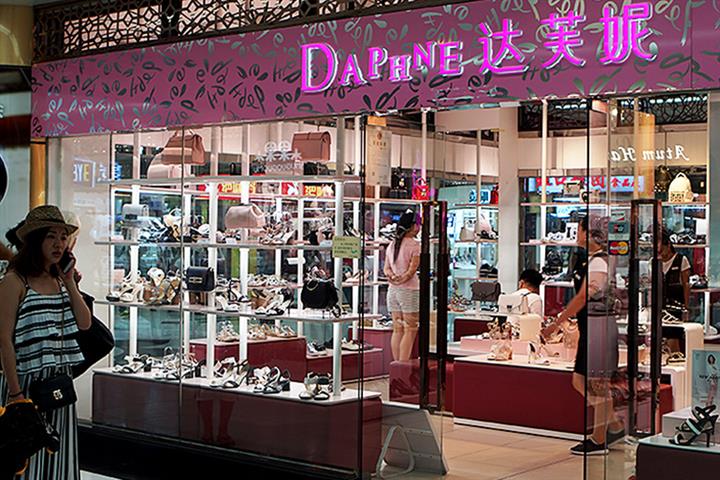 (Yicai Global) Sept. 2 -- Shares of Daphne International Holdings continued to fall today even though the Chinese shoemaker said that investors have misread its earnings report that hinted about scaling down offline retail.

All of the apparel manufacturer's stores will now focus on its two core brands, Daphne and Shoebox, sparing no effort, the Hong Kong-based company said in a statement on its Weibo account on Aug. 31.

The firm's earnings report that was published on Aug. 25 said that it will transform toward an asset-light business model and pare mid-to-high-end brands' offline presence while closing all other brands' physical stores, which resulted in an almost 10 percent stock price drop the next day.

Established in 1987, Daphne's main markets are the US, China, Japan, and Europe. Its revenue peaked at HKD10.5 billion (USD1.4 billion) in 2012 while after 2015 the annual tally began to fall sharply.

In the first half of this year, the shoe firm's revenue slid 85 percent to HKD210 million (USD27.1 million) from a year ago, according to the earnings report. However, its net loss shrank by 64 percent to HKD141 million.