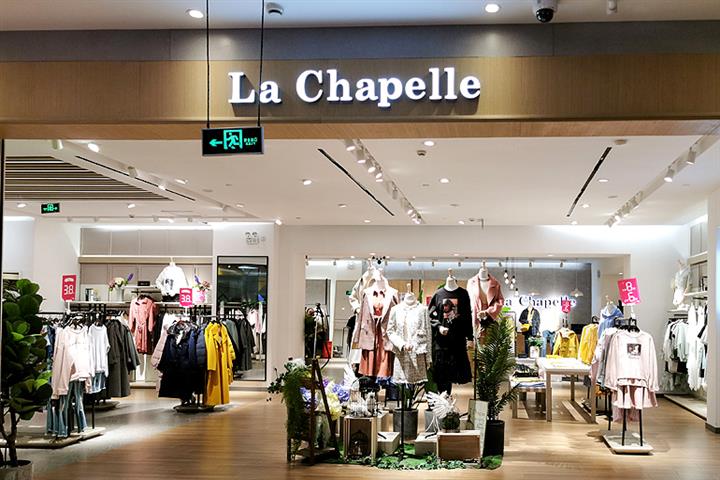 (Yicai Global) July 1 -- China's La Chapelle Fashion, which runs clothing brands such as 7.Modifier and Pote, has given a delisting warning due to its poor performance over the past two years.

La Chapelle's shares got suspended for one day yesterday after the Shanghai-based company reported two straight years of losses. The equity price [SHA:603157] slumped to an all-time low of CNY2.82 (US 40 cents) this morning. The shares peaked at CNY29.75 (USD4.20) in December 2017.

In the first quarter, La Chapelle's net loss widened by more than 10 times to CNY342 million (USD48.4 million) from a year ago, according to the firm's earnings report published on June 29. Its revenue fell 58 percent to CNY1 billion (USD141.6 million).

The firm that targets young consumers looking for fast and mid-end fashion was slower to release new models than Zara but it didn't have as competitive pricing as many brands sold on Taobao, an industry analyst told Yicai Global. Closing stores and selling assets can help rein in losses but not turn the company profitable, the person added.

The Chinese apparel market has overcapacity so competition is fierce among manufacturers while the Covid-19 pandemic has increased uncertainties, said the analyst. La Chapelle should integrate its online and offline sales channels better to adapt to the changing consumption habits and try to woo young consumers, the person added.