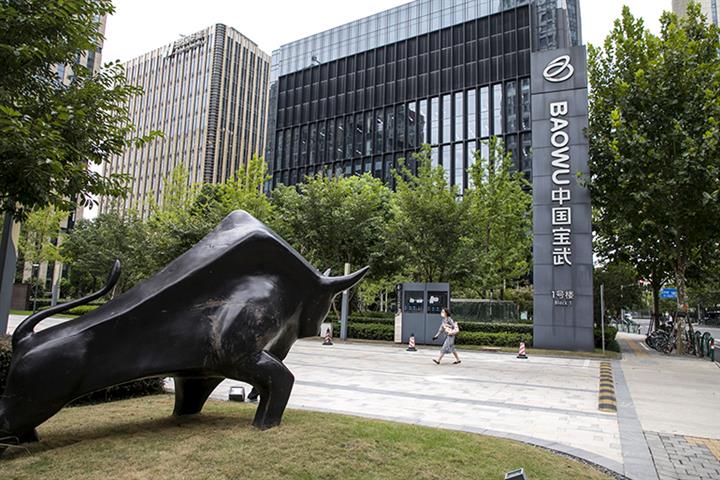 (Yicai Global) Aug. 3 -- China Baowu Steel Group, the world’s largest steelmaker, has made the top 50 of the Fortune Global 500 for the first time, while debt-laden real estate giant China Evergrande dropped out of this year’s rankings.

Having expanded through mergers and acquisitions, Baowu ranked 44th in the world with revenue of USD150.7 billion, up 28 places from last year, according to the list that global media group Fortune released today.

Since it was formed in 2016 by the merger of Shanghai-based Baosteel Group and Wuhan-based Wuhan Steel Group, Baowu has acquired a number of steel companies in recent years, including Magang Group Holding and Taiyuan Iron and Steel Group. Its crude steel production has ranked first in the world for two consecutive years.

Liaoning Ansteel Group, another Chinese state-owned producer, rose the most on the list after last year merging with Liaoning province’s Bensteel Group, ranking 217th with USD59.4 billion in revenue, up 183 places from last year.

But with the real estate sector in a slump, the number of Chinese property companies on the list has dropped to five from eight in 2021. Besides Evergrande, Sunac China and China Resources Land are also out of this year’s rankings.

Rebounding from the Covid-19 pandemic, total revenue at the top 500 firms reached USD37.8 trillion, climbing 19 percent from 2021, making it the biggest annual increase ever, Fortune added.