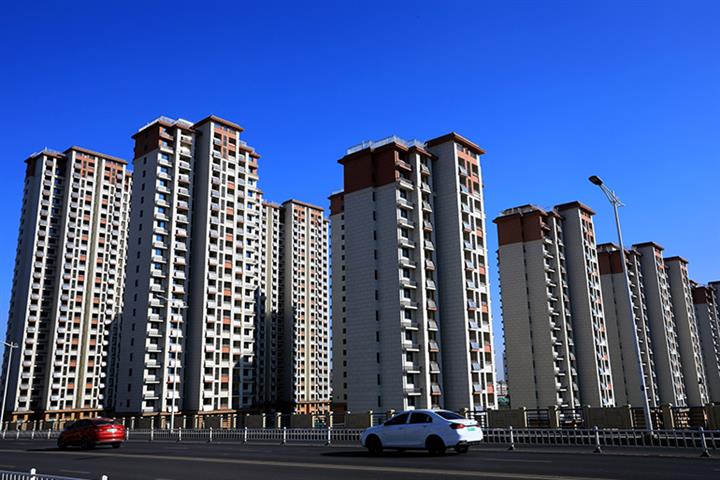 (Yicai Global) Sept. 22 -- An increasing number of Chinese real estate developers have defaulted on their commercial paper, piling pressure on their suppliers.

More than 2,800 developers did not repay their unsecured debt obligations on time last month, up nearly 40 percent from a year ago, according to a report by the CRIC Research Center. From April to July, the average monthly increase was 16.8 percent.

Property developers accounted for almost 68 percent of all companies that defaulted on commercial paper last month, up 3.1 percentage points from July, the institute said, citing data from the Shanghai Commercial Paper Exchange.

Developers that have already defaulted on debt payments accounted for most of the defaulted paper in August, with two firms accounting for more than 58 percent of all commercial paper defaults, according to the CRIC.

The groups with the most default project companies include such notable names as Shimao Property Holdings, Greenland Holdings, and Sunac China Holdings.

The delays are spreading financial distress in the property industry chain. Companies in decoration, building materials, and furniture generally performed poorly in the first half, with the component firms of the Shenwan Hongyuan Securities-compiled stock indexes for these three sectors recording a total of CNY22.4 billion in credit impairment losses, 37 percent more than a year ago, with the building materials segment the worst.

During the first half, of the 74 listed companies in the building materials business, 56 posted lower net profits compared with a year earlier, while 16 even reported a loss.

Commercial paper used to be an important tool for developers to raise money, and was increasing rapidly in several years, As of the end of December, 67 listed firms in the sector had a total of CNY146.9 billion (USD20.7 billion) of notes payable, per the CRIC Research Center, and the compound annual growth was 38 percent since the end of 2016.

But it is becoming harder to borrow quick cash as the People’s Bank of China said in June last year that it would start considering commercial paper as debt that will come under supervision. Meanwhile, suppliers to real estate developers are less willing to accept such bills due to recent defaults.