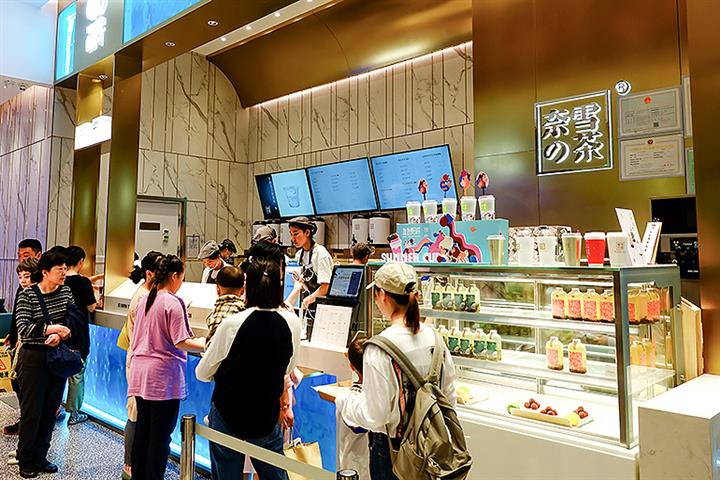 (Yicai Global) July 2 -- Chinese modern tea-drinking outlets secured over CNY5 billion (USD771 million) in the first half, nearly three times the amount raised during the whole of last year and greatly propelled by Nayuki Holdings’ listing on the Hong Kong stock exchange earlier this week, despite it coming in below target.

There were 15 rounds of financing by Chinese tea brands in the six months ended June 30, according to company data platform Qichacha. Most involve early stage and A-round fundraising with amounts ranging from millions of US dollars to tens of millions.

Nayuki, the first Chinese teahouse to go public, brought in HKD5.09 billion (USD656 million), much less than the anticipated windfall of HKD5.9 billion. Another big milk tea chain HeyTea has reportedly banked an undisclosed amount in D round financing.

HeyTea’s new round of financing is said to have boosted its value to CNY60 billion (USD9.3 billion), more than two-and-a-half times the current market value of Nayuki, venture capital news website Pedaily reported on June 24. However the Shenzhen-based tea drink chain has yet to confirm the report.

Over the past decade, Chinese tea brands have raised CNY8.9 billion (USD1.3 billion) in 86 financing rounds, Qichacha said. There have been at least 10 rounds of fundraising a year for the last six years.