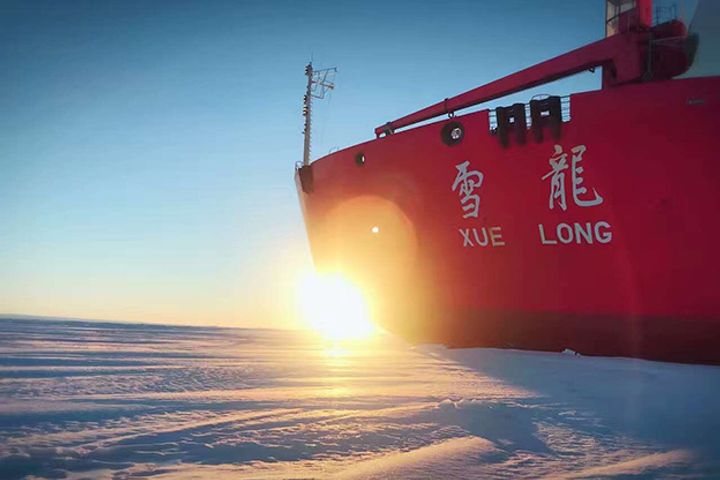 Terra Nova Bay is off the coast of Victoria Land. It is near the research stations of the US, New Zealand, Germany, Italy and South Korea as well as China's new facility. The bay is by the Ross Ice Shelf, the world's largest ice shelf, and it is one of the most important bays for researching Antarctic climate changes.

"The data acquired will basically help us understand the topographic features of the seas near the newly built Ross Sea station, lay a good foundation for the construction of a new marine laboratory and the seafloor observation network in the future, and further enhance our country's strength in three-dimensional observation of the Antarctic ocean," said Yang Huigen, leader and chief scientist of the expedition team.