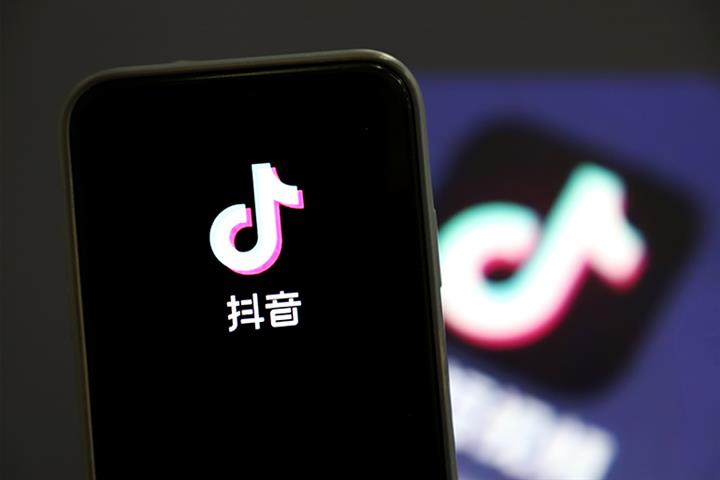 (Yicai Global) Jan. 27 -- Short-video platform Douyin, the Chinese version of TikTok, will become the exclusive partner for the “red envelope”-themed interactive segment in this year’s Spring Festival Gala on Lunar New Year’s Eve. Douyin will hand out CNY1.2 billion (USD185.7 million) in “lucky money” during the live stream of the event. This may relate to Douyin’s promotion of its own digital wallet.

This is the second cooperative deal between Douyin and the CCTV New Year’s Gala after their partnership in the 2019 event. Viewers can draw the red envelopes -- traditional cash gifts to family members during the festival -- by logging in and running Douyin’s app on mobile devices following hosts’ instructions. Douyin, Jinri Toutiao and video platform Xigua, which are all affiliates under Beijing-based ByteDance Technology, will also live-stream the entire CCTV Spring Festival Gala.

ByteDance is hiring talent exclusively for this Lunar New Year-themed broadcast and for jobs associated with its online payment service on its official recruitment site, seeking developers, legal staff to handle compliance issues, and personnel responsible for its digital wallet, e-commerce support and international payments.

Douyin recently debuted its online payment service on its app. It has top-up, withdrawal and transfer of fund functions and allows the addition of 10 bank cards, as well as purchase of goods from the platform’s online shops.

WeChat, the instant-messaging app operated by Chinese internet titan Tencent Holdings, pioneered the award of red envelopes via its WeChat Pay during CCTV’s Spring Festival Gala in 2015. Alipay, Taobao, Baidu and Kuaishou also lined up to become sponsors and threw money at viewers. Douyin was the substitute for e-commerce platform Pinduoduo, which was previously this year’s exclusive partner for this section, but withdrew from the event this round.

Launched in 1983, the CCTV New Year’s Gala is the special and comprehensive cultural show produced and hosted by China Central Television and aired on New Year’s Eve in celebration of the new year in China’s Lunar Calendar. The most watched television program in the world, its viewership has topped 1 billion for four straight years.