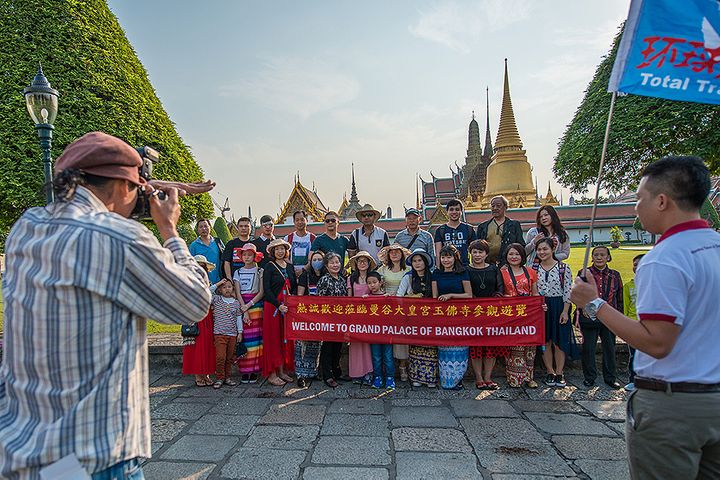 (Yicai Global) Jan. 8 -- The three capital cities of Bangkok, Tokyo, and Seoul will attract the biggest number of Chinese tourists during the upcoming Chinese New Year holiday, according to Big Data analysis done by Baidu Maps, Ctrip, and others.

Among domestic destinations, Beijing, Shanghai, Guangzhou, Shenzhen, and Hangzhou remain the most popular, whereas western Chengdu and Chongqing are becoming increasingly so, according to a report that Baidu, Weather.Com, and a transport ministry think tank helped put together. They used traffic, weather, and mapping data to compile the report.

Far-flung places such as the US, Australia, and Canada are gaining more traction. Transport options also show a diversifying trend. Chinese travelers are most likely to rent cars in Thailand, the US, and Vietnam. But Thai tour bus operators need not worry as the top three touring places are estimated to be Japan, South Korea, and Thailand.

Domestically, the biggest travel peak is expected to occur on Jan. 30, the last day before the year's most substantial vacation period ends. This is when large crowds return to Beijing, Tianjin and Hebei, the Yangtze River Delta and the Pearl River Delta from inland provinces such as Central Henan or eastern Anhui.

Domestic travelers are not afraid of the cold as many eye attractions in northern or eastern parts, according to the report. Hangzhou's scenic West Lake, Beijing's historic Forbidden City, and Shanxi province's temple-filled Pingyao Ancient City should turn out to be the most popular tourist attractions over the holidays.