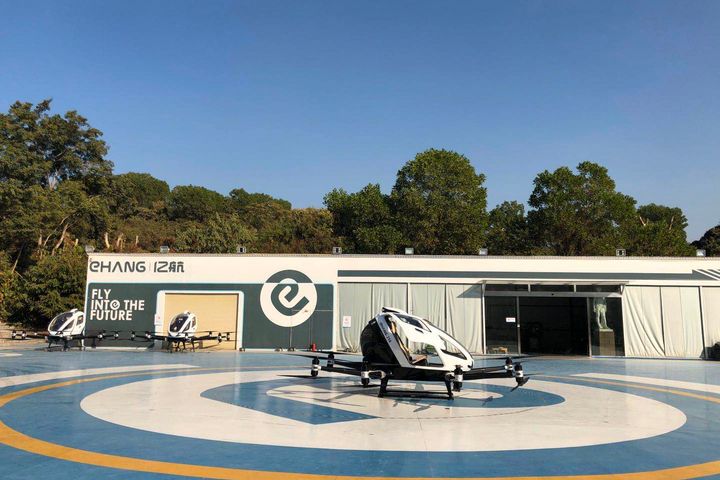 It received a chilly reception, however. The Guangzhou-based company's share [NASDAQ:EH] price closed almost flat after some turbulence on its first trading day yesterday, down 0.08 percent at USD12.49, and giving it a market value of about USD662 million.

EHang's total revenue was CNY67.1 million (USD9.5 million) in the first nine months, an around one-fifth increase over the same period of last year, according to its previously released prospectus, but it posted a net loss of CNY47.8 million after it splashed cash on research and development, in a slight decline from the previous year, and this may be the reason the market gave it the cold shoulder.

The firm will mainly use the proceeds to conduct further technological research and development, expand its global sales channel and production capacity, develop urban air traffic solutions, and for investments and acquisitions.

EHang issued 3.2 million American depositary shares at USD12.5 per share in the IPO and granted underwriters 'greenshoe' over-allotment rights to subscribe for up to 480,000 ADSs within 30 days after the issue. The total amount raised was half of the USD100 million EHang disclosed as being its target in its first prospectus issued at the end of October.

Formed in 2014, EHang introduced its first passenger autonomous aerial vehicle in 2016. It delivered 38 AAVs and had orders for another 28 as of the end of October. These pilotless planes are mainly for testing, training and demonstration. The company also develops autonomous aircraft for urban management, aerial media and logistics.

Its revenue growth this year mainly came from the batch delivery of the new EHang 216 model, said Hu Huazhi, the company's founder, chairman and chief executive, adding the firm is working with regulators to promote the applications of the passenger-carrying AAV, which completed its maiden urban aerial sightseeing test flight in Guangzhou last month.

A greenshoe is an over-allotment option in an initial public offering based on a clause in an underwriting agreement granting the underwriter the power to sell investors more shares than the issuer initially planned if demand outstrips expectations.

Depositary receipts are negotiable securities issued by a depository bank abroad. DRs trade on that bank's domestic market and represent a specified number of shares in a local company's stock and trade in that country just as any other shares do. A depository bank is one that facilitates investment in securities.