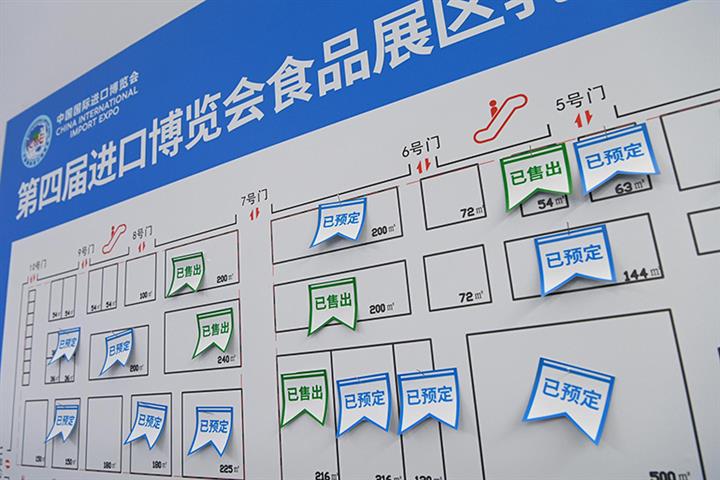 CIIE Preparations Are in Full Swing as 200-Day Countdown Begins

(Yicai Global) April 19 -- Yesterday marked the start of the 200-day countdown to the 4th China International Import Expo and arrangements for the world’s largest trade expo are going smoothly, the organizers said.

This year’s event, which will be held again at the National Exhibition and Convention Center Shanghai from Nov. 5 to 10, will display more new products, services and technologies, according to Sun Chenghai, deputy director of the CIIE Bureau.

At the expo last year, Siemens Healthineers showed for the first time in China its surgery robot Corindus. The robot did its first operation in the country in Boao, Hainan province last month, said Pu Zheng Rong, the firm’s vice president for China.

Pirelli’s exhibition area in the smart mobility section will be double the size of its first CIIE appearance in 2018, and the firm will showcase its latest products such as smart tires, said Giuliano Menassi, chief executive of Pirelli Asia Pacific.

The CIIE was held successfully last year during the coronavirus pandemic. USD72.6 billion worth of contracts for goods and services were signed, an increase of 2.1 percent from the year before.