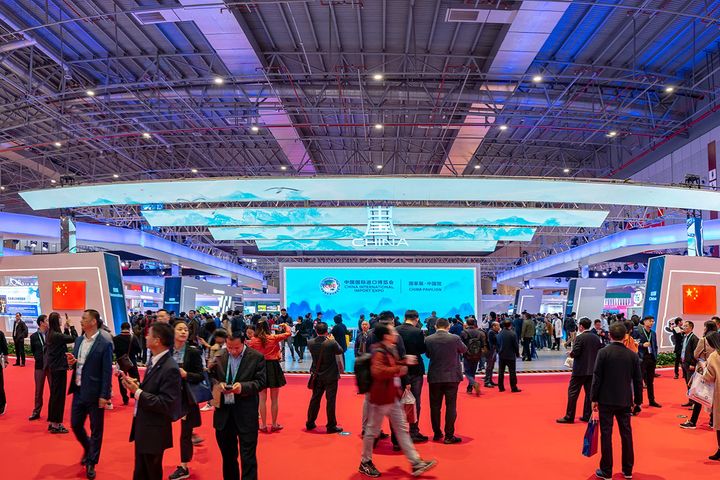 (Yicai Global) Nov. 9 -- The opening of the China International Import Expo (CIIE), the most influential import expo in the world, has proved that China has become a leader of open economy and sets an example for the world, a Ukrainian business leader has said.

The CIIE, first held in Shanghai in 2018, serves to offer businesses around the world opportunities to enter the Chinese market. Its 2nd edition opened Tuesday in Shanghai and will run through Sunday.

"The issue of globalization is a matter of the survival of mankind and the development of each country. It is very important for us that such a huge country as China is one of the leaders in promoting globalization and interaction among countries," Gennadiy Chizhikov, president of the Ukrainian Chamber of Commerce, said in a recent interview with Xinhua.

China has long been dedicated to promoting globalization, and the Belt and Road Initiative proposed by President Xi Jinping is increasingly valued and welcomed by different countries, Chizhikov said.

Building the Belt and Road and a community with a shared future for mankind will push forward economic globalization, he added.

"Ukraine is one of those countries that understand the importance and significance of the initiative which is meant not to separate but to bring countries closer. Ukraine supports this because it is important for us to be part of the global system," Chizhikov said.

As to the proposals put forward by Xi for economic globalization at the CIIE, Chizhikov hailed all of them as very crucial.

"Ukraine is located about 6,000 km away from China, but we see that distance is not an obstacle to economic cooperation. Just recently, China has become our main economic partner after the European Union," the Ukrainian business leader said.

"Today's exhibition is unique in its own way because everyone holds exhibitions to sell and China holds the world's largest exhibition with the goal to purchase goods from around the world. This suggests that China is the leader in setting the example of how to be open," he added.

A total of 155 countries and regions as well as 26 international organizations are attending the second CIIE.