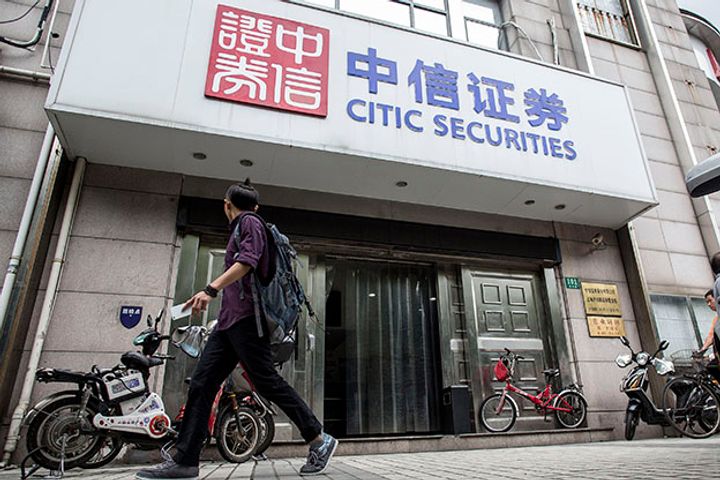 CITIC  Securities intends to acquire 100 percent equity in south China-based  Guangzhou Securities through the issuance of shares, and has penned a  deal with the latter's shareholders and Guangzhou Yuexiu Financial  Holdings, it said in a statement issued late yesterday.

China's  A-share market has been in a downturn this year, and many small- and  medium-sized brokers have suffered losses, so seeking help through M&As  is a reasonable step, a Shenzhen-based investment banker told Yicai  Global. Major brokers, meanwhile, can quickly grab market share through  M&As, the banker added.

The  two parties will not have to finance any other arrangements if they  make the acquisition through share swap. The key is that the two parties  agree to a mutually satisfactory share conversion ratio, an insider said.

CITIC  will increase its market share after the M&A, the insider noted,  saying the expansion will pave the way for CITIC to take back the  leading position from its rival Huatai Securities.

CITIC's  market share was 6 percent in the first half while Guangzhou Securities  was 0.45 percent, with the current sector leader Huatai Securities at  6.6 percent, public data shows.