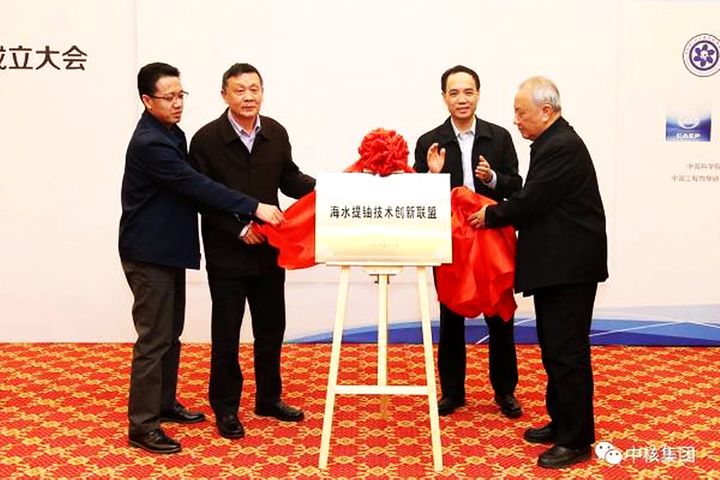 The alliance formed in Beijing on Nov. 8 with CNNC Mining Technology Group as secretary, and the alliance has also drafted five academicians from the Chinese Academy of Engineering as senior advisors, the announcement said, but without mentioning the names of any scientific research institutes and universities that are not subordinate to CNNC.

The alliance will push construction of research platforms and test bases for the technology, seek to standardize a system for it and products and conduct technical and economic evaluations to hasten its engineering. The league will also strive for national policy support for the industry, declare scientific research projects and build key laboratories.

Beijing-based CNNC will hike investment in research and development of the extraction technology and collaborate with the alliance to solve key problems that hinder its application.

China's progress in developing absorbent materials and equipment for the extraction has been great, but it still has a long way to go to realize commercial development, state-backed CNNC said in the announcement.

The world's oceans hold about 4.5 billion tons of uranium, 1,000 times the proven land reserves, but its concentration is very low. Coming up with a cost-effective technology is a huge challenge developers still face.