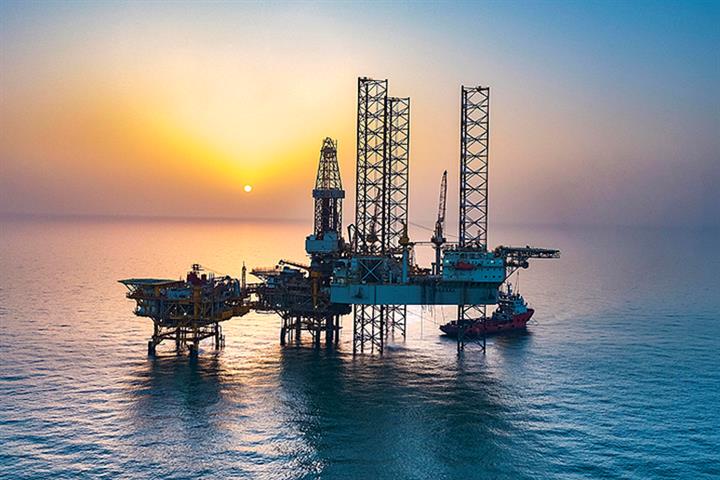 (Yicai Global) April 11 -- China National Offshore Oil Corporation is pricing its new share sale on the Shanghai stock exchange tomorrow at CNY10.80 (USD1.70) each, which could see the Chinese offshore oil giant raise as much as CNY32 billion (USD5 billion) should the overallotment option be exercised.

CNOOC is issuing 2.6 billion shares, around 5.5 percent of the firm’s total share capital, with the aim of raising at least CNY27.8 billion (USD4.4 billion), the oil major said today. Should it exercise the greenshoe option, which allows underwriters to allocate an additional 15 percent of shares at the same offering price for 30 days after the date of listing, this will increase the number of shares on sale to 2.99 billion, around 6.28 percent of total share capital.

The company’s production of crude oil and natural gas climbed 8.5 percent last year from the year before to 573 million barrels of oil equivalent, the most ever. The average price of oil surged 65.7 percent from a year earlier to USD67.89 per barrel and that of natural gas soared 12.6 percent to USD6.95 per kilo cubic feet.

In the first quarter, the firm is expecting profit to jump as much as 89 percent from the same period last year to CNY28 billion (USD4.4 billion) while revenue could leap up to 58 percent to CNY83 billion.

CNOOC is the largest offshore crude oil and gas producer in China and one of the world’s largest independent oil and gas exploration and production groups. As of the end of 2020, it had confirmed reserves of 5.37 billion barrels of oil equivalent.