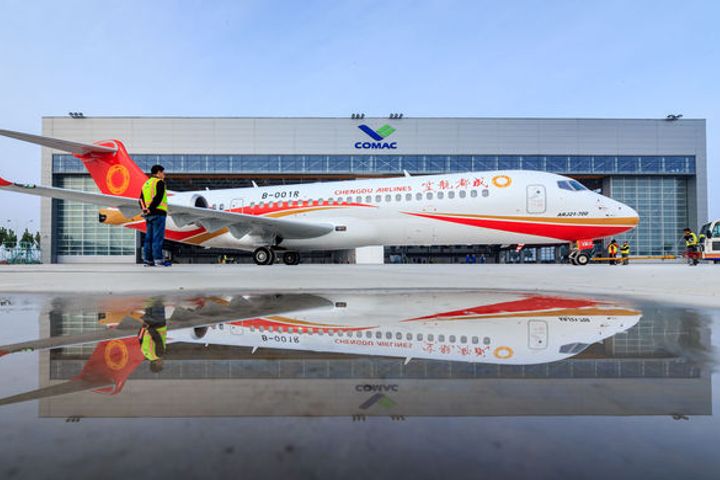 The ARJ21-700 airplane adopts a full economy-class design and provides 90 seats. China Aerospace Leasing Co. purchased the aircraft and leased it to Chengdu Airlines, marking the first time that a China-made regional jet has been delivered to an airline through an operating lease.

COMAC is scheduled to deliver more than five ARJ21 airplanes this year, which are all currently under production. The company has won orders for 433 airplanes from 20 customers so far.

The ARJ21-700 jet has been in commercial operation for more than a year, serving round-trip flights from Shanghai Hongqiao to Chengdu Shuangliu airports, and has carried more than 25,000 passengers so far.