Cooperation is the Only Correct Choice for China and US Ties, says Vice Premier
Wu Danlin
DATE:  Jul 19 2017
/ SOURCE:  Yicai 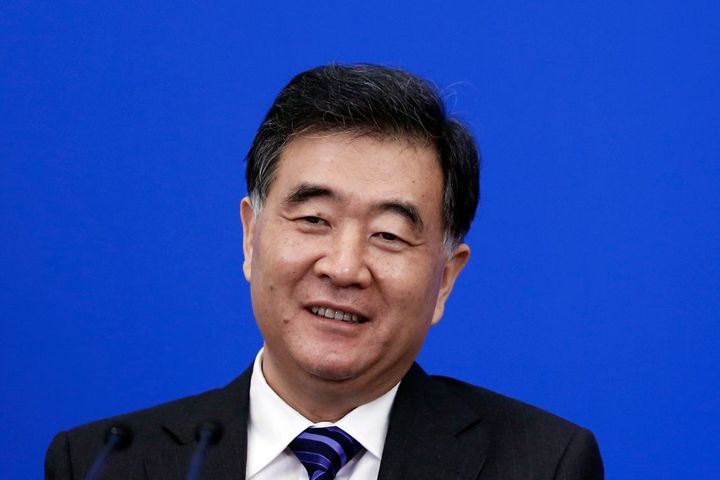 Cooperation is the Only Correct Choice for China and US Ties, says Vice Premier

(Yicai Global) July 19 – China-US business ties are on the right track based on cooperation, representing the only correct choice for the two countries, Chinese Vice Premier Wang Yang said in a keynote speech in Washington yesterday. Wang was attending a welcome luncheon for the first China-US Comprehensive Economic Dialogue jointly held by industrial and commercial circles from China and the US.

China's long-term development and advances are stable, and form the most important external environment for international enterprises to work with the country. The limitless growth potential of the Chinese market presents bright prospects for economic and trade cooperation between China and the US, Wang said.

Trade cooperation represents an exchange of ideas and differences of opinions are unavoidable, he said. While industrial players from both countries may hope their respective governments can clear market access barriers set by the other side, they also hope their governments can maintain a defense against the import of foreign goods, he said.

Both sides should still maintain an awareness that both China and the US rely on commodities imported from each other against a backdrop of deeply integrated mutual business ties, Wang stressed. Both China and US are looking to develop trade relations in a robust, balanced and healthy manner.

The China-US 100-day Action Plan, a bilateral strategy to improve strained ties and boost cooperation, has reaped significant rewards through joint efforts. US-sourced beef finally returned to the Chinese market after a 14-year hiatus. Additionally, during the first five months of this year, China saw imports of 400,000 tons of natural gas from the US, compared with nil in the same period last year.

The development represents an ice-breaker in terms of policy hurdles set for US liquefied natural exports to China. More importantly, economic teams from both nations have established a mutual trust through 100 days of close exchanges and set up an initial means of communication based on common respect and mutual cooperation.

China-US relations are better now than in many decades, and the two countries share some common fundamental objectives, US Commerce Secretary Wilbur Ross said. Initial results achieved in the 100-day action plan were a "good start," he added.

"It is time to re-balance our trade and investment relationship in a fairer, more equitable and reciprocal direction," Ross noted.

The United States' exports of goods and services to the world's second largest economy will double and hit USD369 billion in the next decade, and increase further to USD520 billion by 2050, US-China Business Council forecasts state.

Premier Wang also added that China is committed to expanding market access and opening up its service industry wider. Two US-based financial institutions recently acquired the underwriting license and settlement agent professional qualification for China's interbank bond market, respectively, which is a result of greater opening-up in the financial sector.

The establishment of 11 pilot free trade zones, including the Shanghai pilot free trade zone, is another example of wider opening up. The two sides also agreed to pursue greater opening-up in the spheres of banking, securities, insurance, telecommunications, culture, the internet and autos during the bilateral investment treaty (BIT) negotiations.

US Secretary of Treasury Steven Mnuchin also participated in the welcome luncheon and emphasized that feedback from the industrial and commercial world would help the government to form policies. The US and China need to work together based on shared collective interests, Mnuchin said.