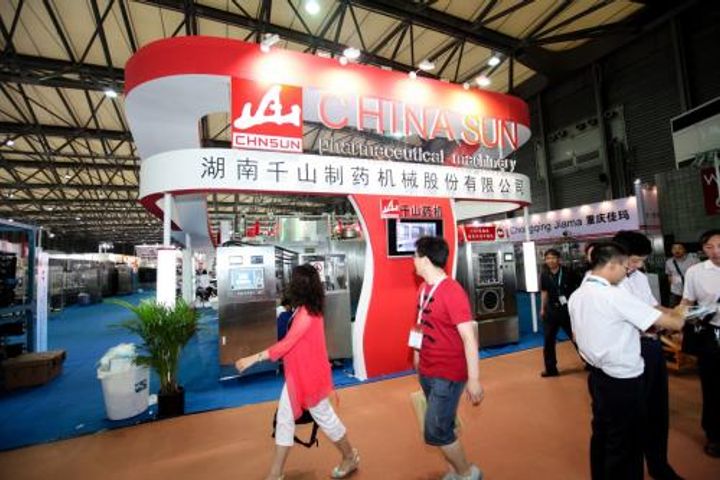 The freeze period, which started from March 9, will last for 36 months and is based on an evaluation by China Securities Depository and Clearing Corp., which is jointly owned by the Shanghai and Shenzhen bourses.

Courts have already barred the Hunan province-based pharmaceutical machinery firm's access to its bank accounts on several occasions in multiple lawsuits stemming from its debts, thus further worsening the company's existing funding shortfalls. Chinese law allows creditors to apply to a court to bottle up a defendant's assets where a risk is present of their transfer or dissipation in a provisional remedy known as preservation of assets.

Sun Pharmaceutical Machinery's two bank accounts and the four bank accounts of its subsidiary Honghao Gene Biotechnology Co. have been distrained, involving an overall sum of CNY1.27 billion (USD201 million), the company said March 7. The amount in the accounts seized totaled only about CNY16,300, however.

A court had frozen some company bank accounts and those of its subsidiaries and the balance of the bank accounts frozen total USD41,100 and CNY444,300, Sun Pharmaceutical Machinery further stated on March 9.

The company, which finds itself in an ice age of sorts, says the lack of access to these bank accounts has exerted a definite impact on the company's daily business operations, per its statement.