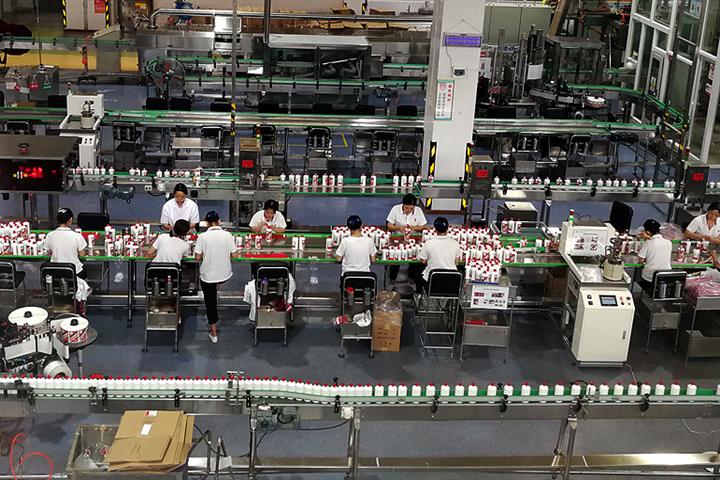 (Yicai Global) Jan. 13 -- The reported presence of a woman infected with Covid-19 in the Kweichow Moutai Group distillery has prompted the local health commission to trace local contacts of the case yesterday. The investigation showed that she had not in fact gone to the famous baijiu liquor maker’s plant.

The case was that of a trucker loading up in a warehouse and logistics site 22 kilometers from the distillery, and thus the woman reported to have contracted Covid-19 in the hotspot of China’s northern Hebei province where she worked did not visit Moutai’s production and operating headquarters.

The health commission in Guizhou said it has screened 23 close contacts of the case within the rugged southwestern province, expanded its dragnet to include 1,028 people, and taken 115 samples of the environment from the outside sphere of activity of the coronavirus victim. Those with whom she came into contact have all been quarantined and undergone nucleic acid testing, with 18 negative thus far. Other results are pending. Areas to which the woman traveled have also been disinfected.

Northern Hebei logged 40 new local coronavirus transmissions on Jan. 11, its health commission announced yesterday. The one infection it reported had traveled to the Moutai distillery drew great attention over fears production at the maker of China's favorite liquor might suffer disruption in the runup to China's Lunar New Year holiday.

An internal investigation is underway and the impact on production and operation is unknown for the time being, a company insider said yesterday. Moutai will publicize the result after its investigation, per the source.

The company has always strictly controlled entry of vehicles into its production premises. Those with no advance registration are kept out. Trucks carrying liquor are barred from the distillery area and must operate only in satellite distribution depots.

Distilled from a mash of sorghum, Moutai is named after the town of the same name near Zunyi in Guizhou, where distilling has a very long history. Today's Moutai, which originated during the Qing Dynasty, came into international prominence after winning a gold medal at the Panama-Pacific Exposition in San Francisco in 1915.