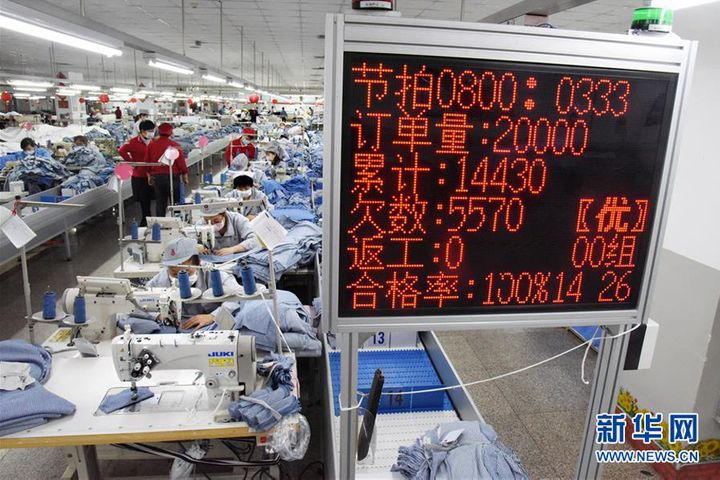 (Yicai Global) March 31 -- China's trade in services retreated under the onslaught of the Covid-19 pandemic in the last two months, while the country's services trade deficit continued the shrinkage that has been ongoing since last year, reaching about CNY190 billion (USD27 billion) in an around 25 percent drop over last year, the country's commerce ministry announced on its website today.

China's total imported and exported services were worth some CNY740 billion, down by nearly 12 percent. Exports fell 6 percent to roughly CNY276 billion, while imports slipped 15-odd percent to just over CNY465 billion.

The pestilence choked off imports and exports of travel services in the year's first two months, lopping over 23 percent off their volume on the year to trim them to around CNY256 billion. Transport services fell 4.4 percent to CNY146.3 billion, while construction plunged 28.4 percent to about CNY29 billion.

The knowledge-intensive trade in services showed a strong shock resistance, by contrast. China's imports and exports of these gained by 1 percent to CNY276.6 billion in the period, making up 37.4 percent of total service imports and exports in a 4.7 percentage point rise.

Their exports grew 5 percent to almost CNY159.2 billion, or 58 percent of total service exports, up 6.1 percentage points. Telecommunications, computer and information services and intellectual property royalties climbed 5.7 percent, 41.3 percent and 1.3 percent, respectively, even as their imports fell 4 percent to CNY117.4 billion from January to last month to 25.2 percent of the total, but still up by 2.8 percentage points.