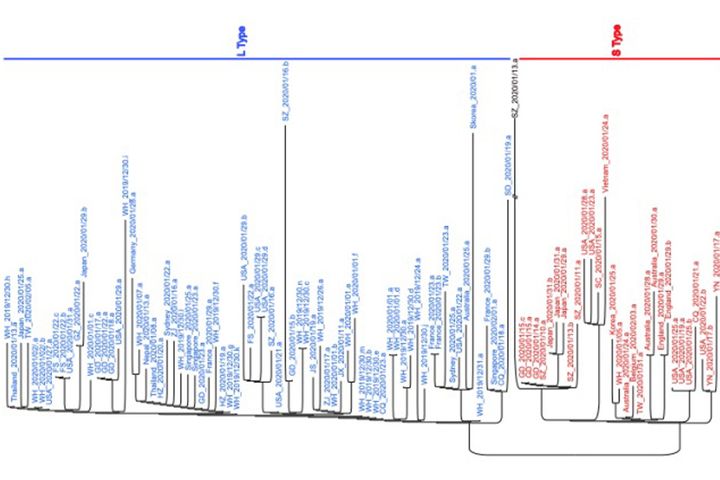 (Yicai Global) March 4 -- The new coronavirus has generated 149 mutations in its genetic code, as well as evolved into two subtypes, according to a Chinese research report.

The subtype S is older while the other one, L, is more aggressive and contagious, a team of researchers from Shanghai and Beijing wrote in a report published yesterday in the National Science Review, sponsored by the Chinese Academy of Sciences. The L type makes up about 70 percent of the studied cases, it added.

The outbreak, which started in Central China's Hubei province in December, has claimed 2,984 lives in China and spread to nearly 50 countries around the world.

The group had studied 103 genetic samples to find out that all except for one of the patients had contracted only one of the subtypes. The outlier was an American who had been in Wuhan before being diagnosed.

When considering the origin of the virus, bats fit the bill and the pangolin may have been a host at a point but the specific origins remain unknown, the report added.