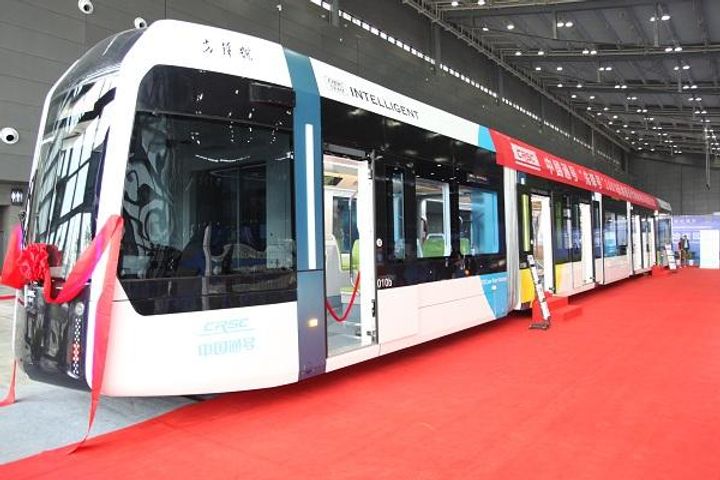 CRSC will become the first enterprise in China with businesses spanning the entire industry chain, from investment and financing, general contracting for projects and auto manufacturing to operation and maintenance, per a post appearing on the official CRSC website yesterday.

The smart modern electric low-floor streetcar CRSC is 32.6 meters long, with a load capacity of 370 passengers and a maximum speed of 70 kilometers per hour. Combined with leading world technologies, Vanguard, the world's first intelligent electric streetcar and employs an advanced power supply model, via which this trolley can run either on or without tramways. Equipped with 4G mobile networks and a GPS function, this tram embodies the idea of smart vehicles by integrating them into the urban traffic system. Offering wireless networks, this streetcar meets advanced criteria in China's technological metrics.

The streetcar features a floor only 35 centimeters above the tramway, thus obviating the necessity of building platforms. Aside from its expansive maximum load capacity which is six- to eightfold that of a bus, this streetcar is easily accessible due to its less demanding tramways which can be laid on existing roads in cities. Environmentally friendly and low-noise, Vanguard is now one of the world's most advanced urban traffic systems.