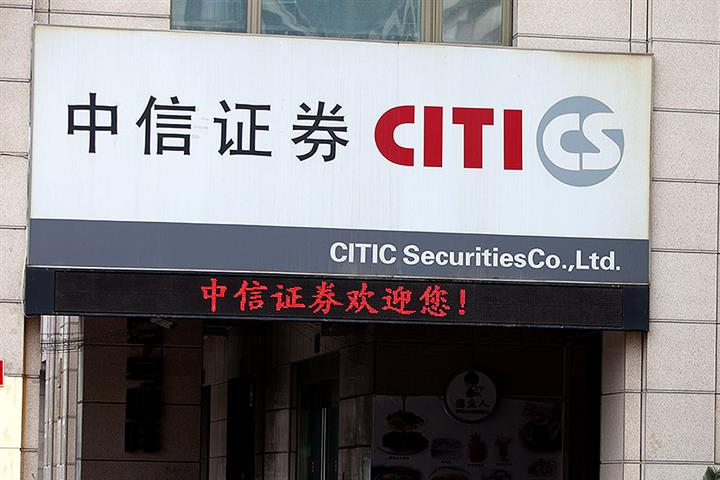 (Yicai Global) April 14 -- CSC Financial’s board secretary denied knowledge of an upcoming merger with Citic Securities after Bloomberg reported the process to potentially combine China’s two largest brokerages has begun. The shares of both firms surged.

The pair and their state shareholders “have recently started due diligence and a feasibility study on how to structure the deal,” Bloomberg reported today, citing people familiar with the matter.

“I’m not aware of it,” CSC’s Wang Guangxue told Yicai Global. Citic, which is China’s largest brokerage by assets and owns 5 percent of CSC, made no comment.

Bloomberg went on to say that the merger would create a Beijing-based investment bank valued at USD67 billion, more than Goldman Sachs Group. The further opening-up of China’s financial markets has also added urgency to the formation of a Chinese brokerage that can compete with Wall Street’s titans, the report added.

CSC’s assets under management rose 46.4 percent last year to CNY285.7 billion. Net profit leaped 78 percent to CNY5.5 billion on CNY13.7 billion in revenue, a rise of 24 percent. It is controlled by the Assets Supervision and Administration Commission of Beijing, which owns 35 percent.