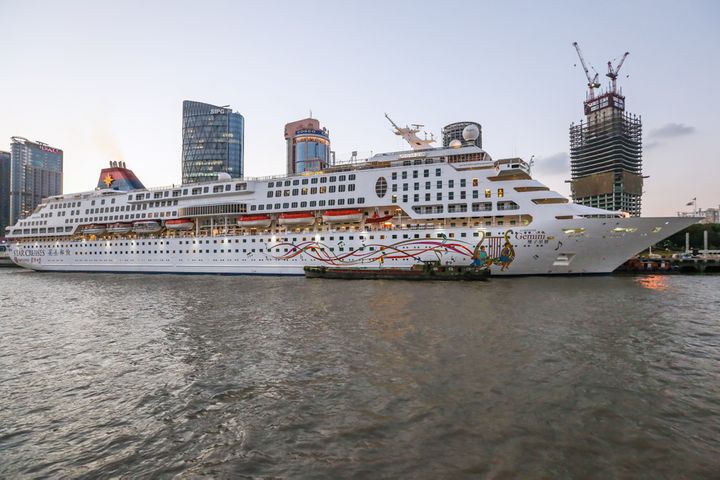 CSSC to Spend USD7 Billion on Shanghai Base for Cruise Shipbuilding

(Yicai Global) Sept. 9 -- State-owned China State Shipbuilding, one of the country's two largest shipbuilding conglomerates, is to invest CNY50 billion (USD7 billion) over the next decade to develop a complete cruise ship industrial chain in the coastal metropolis of Shanghai.

Subsidiary CSSC Cruise Technology Development will develop and operate a Chinese-funded fleet consisting of eight to 10 cruise ships for different brands, the Shanghai-based firm said last week. It will develop the skills to serve as the engineering, procurement and construction contractor for around two large cruise liners each year.

Cruise ship construction remains the missing link in China's ambitions for high-tech world domination. Building a luxury cruise liner is more difficult than designing and constructing a large liquified natural gas vessel or even an aircraft carrier. This is due to its dependence on a highly-specialized supply chain.

China has not yet formed a supply chain to serve the cruise ship industry, CCTD President Yang Guobing told The Paper. CCTD must work with experienced domestic suppliers who can meet the cruise industry's standards and bring in mature European suppliers through joint ventures and acquisitions to form a complete supply chain hub.

"The city has the potential to become the world's largest and most powerful cruise liner center," Yang added. The large market for building cruise ships is mainly dominated by European firms. But supply falls short of demand with only around seven vessels being made per year while annual demand is for about 15.

CCTD will turn an area of 20,000 square meters in the city's northern Baoshan district into a cruise ship industrial park with global influence, according to a report posted today on the Shanghai government's website. It will focus on providing operations, research and development, design and local suppliers.

Shanghai is home to the world's fourth-largest cruise liner port and the largest in Asia. China also has the world's most outbound tourists, and the cruise sector is expected to have much potential for growth.

Beijing-based CSSC has made several major deals in the last few years to strengthen its presence in the cruise shipbuilding sector. In 2015 it formed a Chinese-American cruise line CSSC Carnival Cruise Shipping with the world's largest cruise operator Florida-based Carnival that is due to start operations later this year.

In 2016 it set up a joint venture with the world's largest cruise shipbuilder Fincantieri whereby the Trieste-based firm supplies ship model designs and technology. Together with CSSC-owned Shanghai Waigaoqiao Shipbuilding, they will design and build China's first home-made luxury cruise liner. Delivery is expected in 2022.