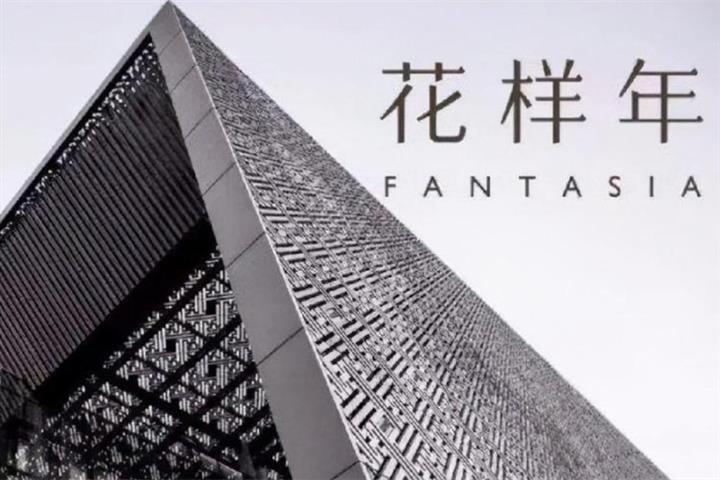 (Yicai Global) Oct. 8 -- Chinese property developer Fantasia Holdings Group failed to make payment on a USD206 million US dollar bond that matured on Oct. 4, saying its liquidity has been strained due to sporadic coronavirus outbreaks, industry policies, and the macroeconomic environment.

Fantasia defaulted on the senior notes, which carry an almost 7.4 percent coupon, the Shenzhen-based company said in a recent statement. The total amount due was USD500 million. Fantasia is operating normally and has set up a team to find a solution as soon as possible, it said.

A few days before the announcement, Fantasia had denied that its offshore senior notes were overdue, but suspended trading of its shares on Sept. 29 until further notice. Founded in 1998, Fantasia listed in Hong Kong in November 2009.

Fantasia has 11 US dollar bonds worth USD3.1 billion. It faces much short-term pressure because five bonds, totaling USD1.3 billion, will mature in about a year, according to statistics from International Financial News. Credit rating agencies Standard and Poor’s, Fitch, and Moody’s all downgraded Fantasia last month.

The company’s earnings growth also continues to slow. Net profit rose 9.5 percent to CNY303 million (USD47 million) in the first half of this year on an 18.5 percent gain in revenue to CNY11 billion (USD1.7 billion).