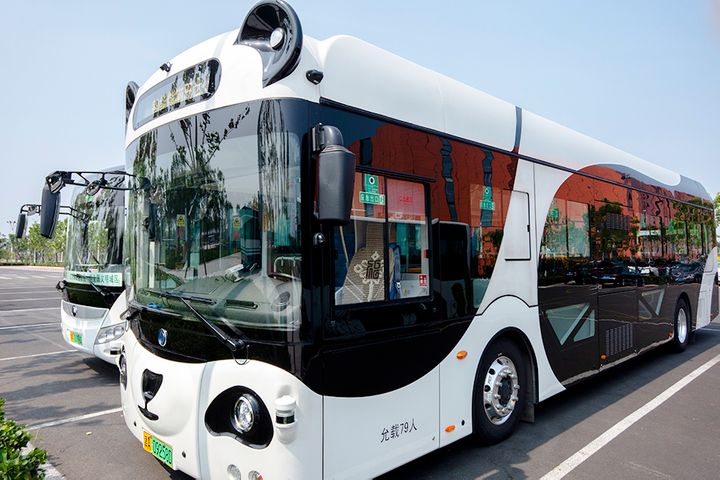 The locally based firm will start open tests on a 37.2 kilometer stretch of road in the city's Jiading and Lingang districts, Eastday reported.

The tests will span a range of driving scenarios covered by government regulations, such as speed limit identification and adherence, spacing from other vehicles, automated emergency braking, roadside parking and traffic signal recognition and response.

The Smart Panda is 12 meters long, 2.55 meters wide and 3.25 meters high. It uses DeepBlue's own intelligent driving technology and is closing in on being level four autonomous by SAE International standards.

DeepBlue plans to deliver its first sold buses to a client in Thailand and is expecting orders from Italy, Greece and other European countries, the Shanghai Observer cited founder Chen Haibo as saying earlier this month.

The firm has already trialed the bus in several medium-sized and large cities, including Guangzhou, Tianjin and Changzhou.