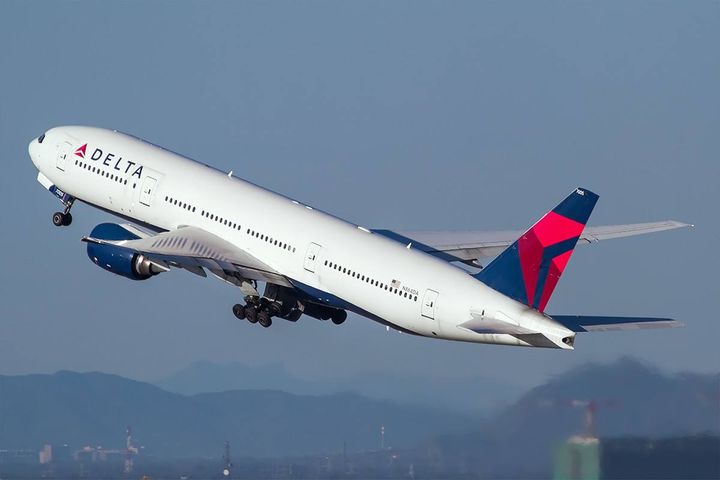 (Yicai Global) Oct. 20 -- Delta Air Lines Inc. [NYSE:DAL;ETR:OYC;SWX:DAL;BMV:DAL], the second largest carrier in the US, plans to roll out a new airliner service for US-China routes to attract Chinese consumers and gain a bigger share in the competitive US-China flight market.

The company will officially deploy an Airbus A350 jet for the Beijing-Detroit flight in January, making it the first airline to fly the extra wide-body airliner between the two countries, with localized services to be introduced for Chinese passengers.

The China-US air travel market has grown rapidly and has attractive development potential. Delta will continue to ramp up investment in China and enhance user experience for Chinese customers, with the aim of becoming the most popular American airline in the world's second largest economy, Edward Bastian, the company's chief executive, told Caixin Magazine during a customer experience event.

Delta has rolled out a series of new services specially designed for Chinese passengers, including adding Chinese menus on onboard devices, recruiting Chinese-speaking crewmembers for flights to and from China and providing Chinese meals and arrival guide videos and allowing ticket payments through UnionPay and Alipay.

The demand for China-US flights has increased significantly driven by Chinese consumers' growing spending power and the introduction of multiple-entry US visas for Chinese business travelers and tourists. The total number of international passengers transported by North American airlines rose by 5.5 percent in August, almost twice the average growth rate of 3.1 percent recorded for the past five years, resulting in passenger load factor rising to 86.6 percent, according to data from the International Air Transport Association.

Chinese passengers are expected to make up the majority of customers on China-US routes, noted Wong Hong, president at Delta Air Lines Greater China and Singapore. "Five years ago, for Delta and other international airlines, about 70 percent of passengers traveling between China and the US were American, but now it's an almost 50-50 split. We estimate that Chinese customers will make up 70 percent of the total by 2020."

Demand is very strong, and so is the competition for market share. Operators of these routes mainly include the three Chinese state-owned airlines, Hainan Airlines Co. [SHA:600221] and three American carriers -- American Airlines Inc., United Airlines Inc. and Delta.

The 'China-US Aviation Agreement' executed in 2004 divides the total number of round-trip flights between carriers in the two countries. However, US airlines initially enjoyed an advantage over their Chinese competitors and used most of the quota allocated. The situation has changed in recent years, with Chinese firms starting to catch up in technical and service standards. A growing number of Chinese passengers now prefer domestic airlines, putting them on a par with their US counterparts, who have responded to the challenge by forming partnerships with Chinese carriers.

American Airlines became a shareholder of China Southern Airlines Co. with an investment of USD200 million in March. The equity alliance enabled the Texas-based airline to obtain landing and takeoff slots at Beijing Capital International Airport and to move its operations from the airport's third terminal to the second, reducing flight transfer times from 150 minutes to 100.

Similarly, Delta bought a 3.55-percent stake in China Eastern Airlines Corp. Ltd. in 2015, followed by cooperation on code sharing, schedule coordination and airport facility-related operations. Delta announced that it would open an Atlanta-Shanghai route in July 2018, its fourth direct flight between the US and the Chinese metropolis. The other three routes connect Shanghai with Detroit, Seattle and Los Angeles.

Delta made the decision because it is optimistic about bilateral investment growth between China and the US. Atlanta is the capital and largest city of Georgia state, which opened a representative office in Shanghai in 2007 and sends officials to visit China on a regular basis. A number of Chinese companies, including Hisense Group Co., Sany Heavy Industry Co. [SHA:600031], Jingwei Textile Machinery Co. [SHE:000666] and China Ocean Shipping Co. (COSCO), have opened branches in Georgia. Qingdao Sentury Tire Co. and several other private Chinese enterprises have carried out investment there, Delta said.