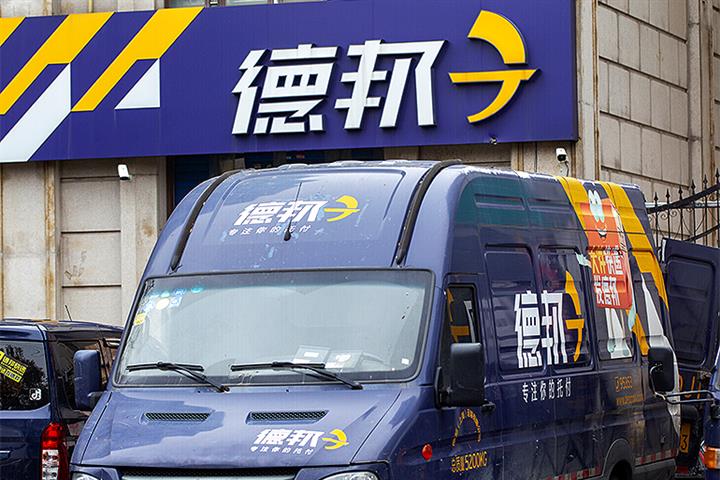 (Yicai Global) May 6 -- Deppon Express said profit more than doubled in March compared with a year earlier as companies across China got back to work after the Covid-19 outbreak.

Net profit was CNY155 million (USD20 million) in March after Deppon’s business returned to near normal, the company said in a recent earnings statement. Income from handling packages weighing between three kilograms and 60 kilograms rose 3.1 percent year on year after slumping 28.3 percent in January and February.

Revenue fell in the first two months because of the Chinese New Year holiday and the coronavirus epidemic, but the Shanghai-based firm quickly resumed operations at the end of February and in early March, according to Board Secretary Miao Yan.

For the three months ended March 31, operating revenue fell 17.5 percent to CNY4.5 billion, Of that, CNY2.5 billion came from delivery of three-to-60 kilogram parcels, down 15.7 percent.

The firm launched the first large item express service in its field in July 2018 and began to focus on that segment, gradually shifting away from the more competitive market for small item express deliveries.

Deppon Express earned operating revenue of CNY25.9 billion from its large item express service last year, a 12.6 percent increase from 2018, accounting for 56.6 percent of total revenue. It handled 520 million large parcels, up 28.9 percent, higher than the industry’s average growth rate for both revenue and number of parcels, per its 2019 annual report.

The firm set up service outlets at Shanghai Hongqiao International Airport during the May Day holiday to provide individuals with large item express services.

“Airport baggage delivery service is an important segment in the ‘personal’ express service market,” Kao Shengli, general manager of the firm’s Shanghai Business Unit, told Yicai Global, saying that the firm has been devoting itself to baggage delivery services, including moving services and baggage transport for college graduates, since its transformation into a large item express service courier.

Its outlets at the airport mainly target passengers who have too much luggage, duty-free shops which can use the firm’s services to offer free delivery, and tenants of business districts and office buildings near the airport, Yicai Global learned.