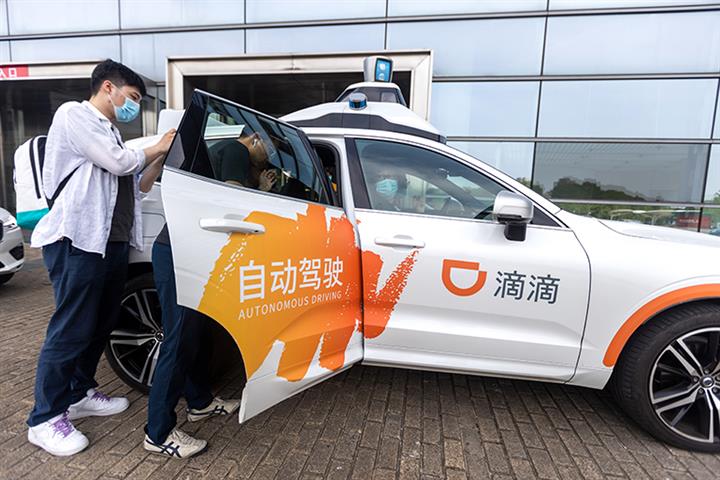 (Yicai Global) June 1 -- The autonomous driving subsidiary of China’s largest ride-hailing platform Didi Chuxing is about to close another round of financing, this time worth over USD300 million and led by auto manufacturer GAC Group, the Late Post reported yesterday.

Shanghai Didi Woya Technology’s new funding round will push its valuation to more than that of sector leader Pony.ai, which was valued at USD5.3 billion after its Series C round last November, an industry insider said.

Guangzhou-based GAC has injected USD100 million in the unit and its private equity arm GAC Capital has pumped in another USD100 million, the report said.

Last week, Beijing-based Didi announced that it was teaming up with GAC’s new energy vehicle brand Aion to produce driverless electric cars on a mass scale.

Didi Woya is working with Beijing-based automaker BAIC Group to develop robotaxis with Level 4 autonomous driving capabilities, which means the vehicle can drive on its own in the majority of situations without human intervention, the company said last November.

Didi Woya counts Beijing-based IDG Capital and Japan’s SoftBank Vision Fund among its investors and has raised over USD1.1 billion since it was founded in 2019, according to corporate data platform Tianyancha.